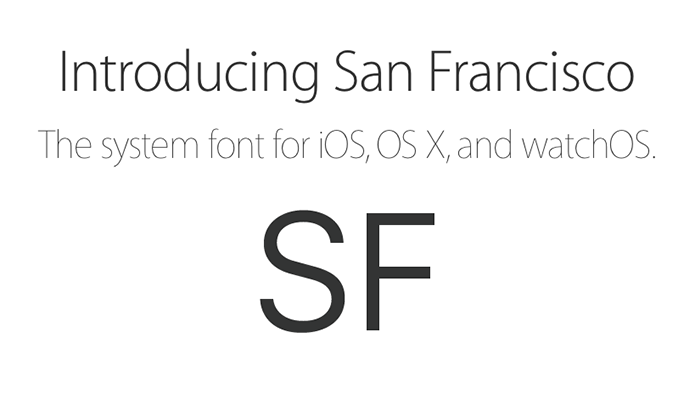 Last week Apple announced a pile of new software at it’s World Wide Developers Conference which is all very exciting for those developing and using their products but the bit that stood out for my was the official launch of the companies new font San Francisco.

As Apple’s first font in over twenty years it’s been drawing comparisons from Google’s Roboto, naturally enough, both are modern neo-grotesque designed specifically for use on screen and primarily on mobile devices. I can see how the history of fonts on the companies’ platforms and the kind of brief the typographers would have received could lead to these similarities, but I think as with everything it’ll be as much in the execution where Apple will excel.

When Apple updated the system fonts to Helvetica Neue there was issues and it always seemed like a temporary solution that was better then where we are while still not being what we really want to do. San Fransisco confirms that. It’s Apple doing what it does best: improvement by iteration. The fact that the font is now rolling out on keyboards, as well as screens points to a greater vision Apple has for what we might call it’s new brand font. 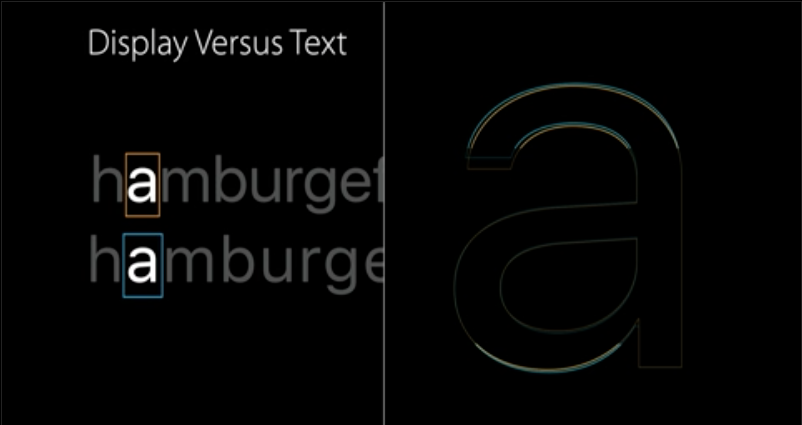 I think it’s also significant that Apple places enough importance on type to include such a session to make sure developers get the message of how important these little things are to experience and engagement on their platforms. Check out some of the thinking and work that has gone into it’s development in this great developers session: https://developer.apple.com/videos/wwdc/2015/?id=804