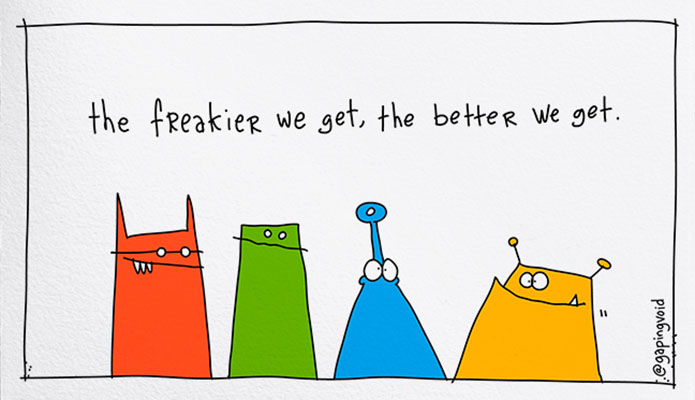 Microsoft commissioned Hugh MacLeod to create an Illustrated guide to life inside Microsoft. The awesome illustrations and the messages behind them are a great digital example of a brand book of beliefs.

Laid out as a series of cue cards the illustration are backed with quotes that expand on the illustration and statement. It’s a great way to communicate the changing nature of an organisation, it’s business and goals to everyone internally and externally. 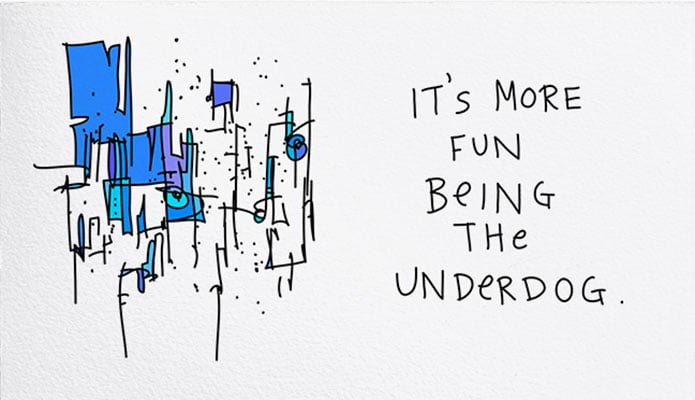 It’s really interesting watching a brand like Microsoft evolve and come to grips with it’s new self and place in the world.   The card that really jumped out to me was “It’s more fun being the underdog” which expands to: “Playing not to lose means building an island around what already exists. Playing to win means looking around to see what isn’t possible yet, and then making it possible. It’s nice to be playing to win again.” As an indication of how far they have come as an organisation this is a telling statement. What would have been unthinkable to the organisation is now expressed as a brand belief.

It’s clear that Microsoft is changing, making seismic changes to the what and why they do what they do. Launching Windows 10 as a free upgrade is a proof point of that, they are resetting the board. Reading through these value cards is a great opportunity to divine what the brand might become. 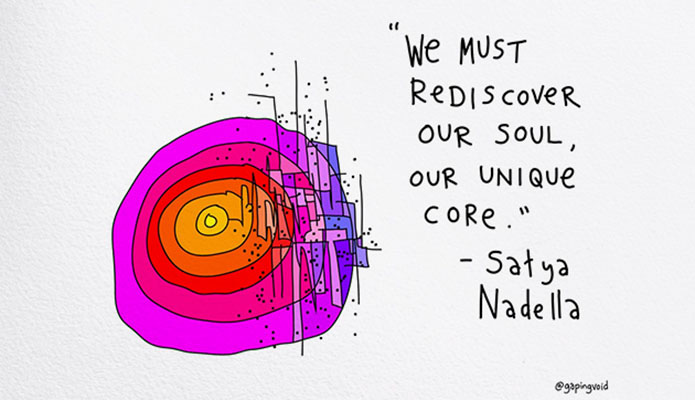 There’s a connected article which explains the process behind their development and expands further on the difference between the old and new Microsoft from a brand strategy point of view.