Keep your Brand Sponsorship to Yourself
When Australian surfer Mick Fanning survived a dramatic shark attack at the J-Bay Open in South Africa recently, the world drew a collective sigh of relief. The caught on camera and beamed around the world, real-life narrow escape, and the natural charisma of Fanning as he recounted the experience created a moment of heightened brand connection. We all marveled at the event, recounted the horror and felt a connection to Fanning as an athlete, surfer and fellow human. All this occurred in a completely natural manner, unexpected and unscripted, until Fanning later fronted the media in a planned press conference.

The press conference which followed soon after Fanning’s narrow escape had all the hallmarks of heavy-handed, sponsor branded side-show. As he fronted the cameras Rip Curl cap on head and Red Bull can in hand, Fanning’s appearance was in graphic contrast to the authenticity of earlier that day. The man telling the story was the same person, but it felt like his sponsors were now sitting somewhere between him and the rest of us and the level of engagement was weakened dramatically as a result. 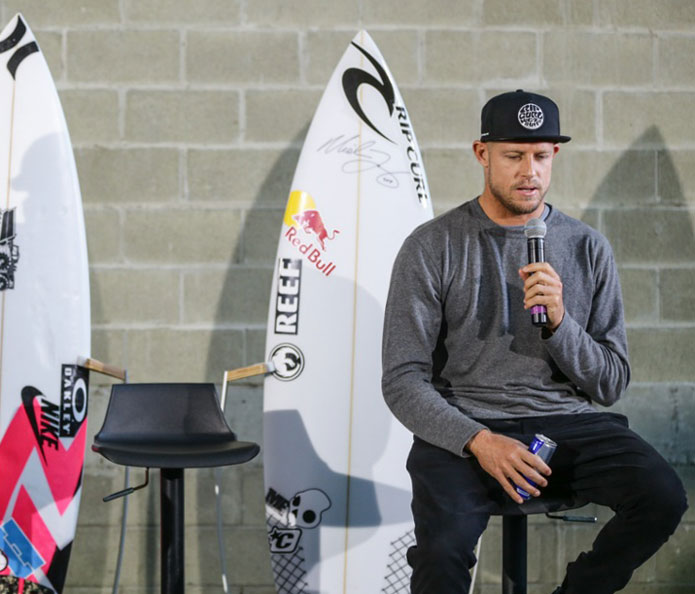 Authenticity is just about the most powerful ingredient in branding. The more genuine and the engagement, the greater the connection and stronger the bond which can be established between brand and consumer, and a critical component of that authenticity is facilitating genuine and authentic brand engagement opportunities. The theory behind this is called the ‘differential threshold’ or the ‘just noticeable difference’. Once consumers notice a marketing activation is brand-led, the campaign goes from feeling natural to a manufactured imposition and loses virtually all its impact and effectiveness. And while this is more easily said than done, brands need to have enough awareness to recognize when they’re handed a golden egg of authenticity and polish it carefully for all to share rather than tarnishing it with logos.