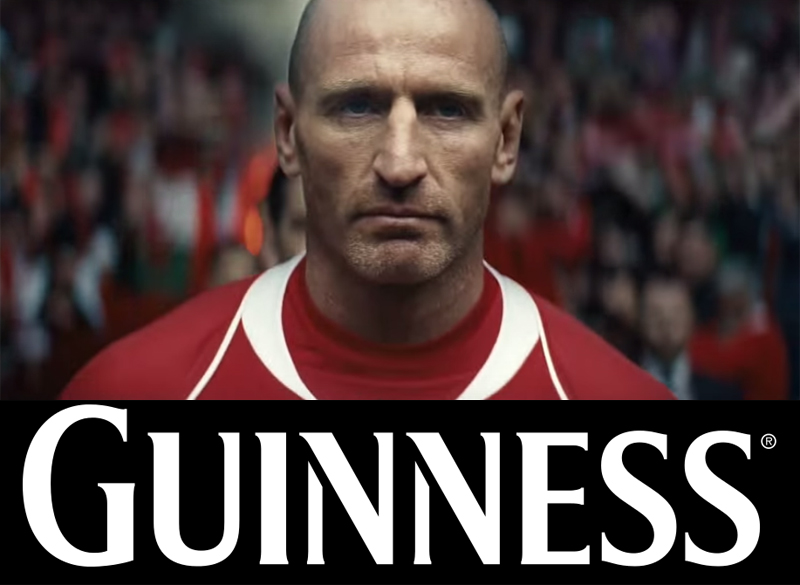 It’s rugby season, it’s the year of Yes Equality and the best brand in the world :), Guinness have launched their most compelling and relevant campaign to date and that’s a big statement. The brand has reinforced their Made of More positioning and connected with rugby fans, Guinness drinkers and the human race through their latest brand campaign for the 2015 Rugby World Cup.

Part of the Never Alone series features retired Wales rugby caption, Gareth Thomas and tells his story of the adversity he had to overcome to reach the pinnacle of his hugely successful rugby career. Thomas hid his sexuality for the majority of his adult life, only coming out as gay in 2009 for fear of rejection from his teammates and countrymen. His greatest fear wasn’t the physical endurance and pain he experienced on the gruesome rugby pitch but fear that his team-mates would turn their backs on him. Living a lie all his life was destroying him inside, to the point where he couldn’t sleep and was alone in the dark, needing the strength to tell the truth.

The battle on the rugby field was nothing compared to the battle inside my head. I was physically strong, yet mentally so weak.

At his lowest point, he could no longer live the lie to his team and his nation and he finally opened up to them. His team-mates and nation who had loved him for the player and person he is immediately accepted and protected him when he game out. In their eyes, nothing had changed, he was still their hero. Of course he was!

Watching the video makes you feel if only he spoke out sooner, he would have avoided so much hurt. Six years on, with the year of global marriage equality turnarounds, you’d find this hard to believe but even today, the statistics of openly gay men in sport are extremely low in comparison to general population stats. There has to be more men today in a similar situation to Thomas.

GUINNESS chose to feature Gareth Thomas, in my opinion, as he’s the perfect example of a man that is “Made of More”. He has had a hugely successful sporting career, won the hearts of a rugby loving nation and managed to face his own self inflicted persecution and inspire other men to come out within sport.