While not-for-profit movements are pretty common, this is perhaps one of the most powerful and engaging brands.

Global Goals not only draws big name supporters it has developed smart and powerful tools to make easy for everyone across the world to get involved whether it is through sport, music, their school or their work.

The Global Goals is a branded global movement designed to unite 193 world leaders and the community to commit to 17 Global Goals to achieve 3 extraordinary things in the next 15 years. End extreme poverty. Fight inequality & injustice. Fix climate change.

The campaign is in full swing and culminates on this Friday, 25th September when world leaders will meet at the United Nations in New York New York to commit to the goals.

The Global Goals is built around a powerful brand belief that we can all work together “to be the first generation to end extreme poverty, the most determined generation in history to end injustice and inequality, and the last generation to be threatened by climate change.”

Global Cinema Ad
To be successful, Global Goals realises the importance of building awareness but also passionate brand engagement across all sections of the community, in every country. They say that if the goals are famous, they won’t be forgotten. The world’s first global cinema ad is one of the ways they are getting the message out there.

Musicians lining up to support the cause
Musicians are producing content to ignite the political passions of young people to hold their leaders to account. One Direction launched their action/1D video to drive support from their massive fan base. Africans for the world have released Tell everybody, Africa’s first crowd sourced song features artists from across Africa.

Levering sport to connect young and old
With football being one of the true world games it is seen as powerful communication tools to reach young and old, in every corner of the world. Gareth Bale, Gary Lineker, Alan Shearer, Liverpool FC, Spurs and Crystal Palace FC are among those taking part in the Dizzy Goals Challenge to raise awareness of The Global Goals. Liverpool football club has just launched their ‘make a kids dream come true’ video, a short film focused on the life of Mekfah, who lives in the innercity slums of Bangkok. 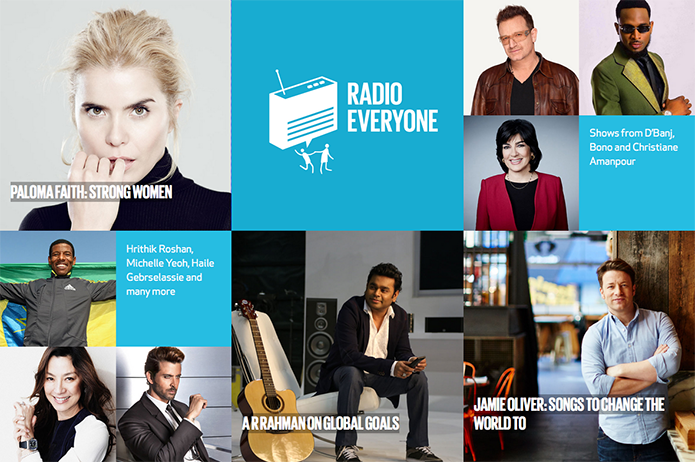 Engaging businesses and educating children
To engage organisations, Impact 2030 and the United Nations Foundations have created toolkits that include include tactics and actions to help them support, educate their teams and get everyone involved in making the goals famous.

Perhaps one of their best initiatives is centred on the world’s largest lesson for young minds. Lesson plans and tools have been specially developed for educators to share the message. Global Goals is hoping every school across the world will teach their children about these goals, so they can become the generation that changed the world.

An impressive and powerful brand movement, we wish it all the success and are doing our little bit to not only support the cause but spread the world to make the goals famous!