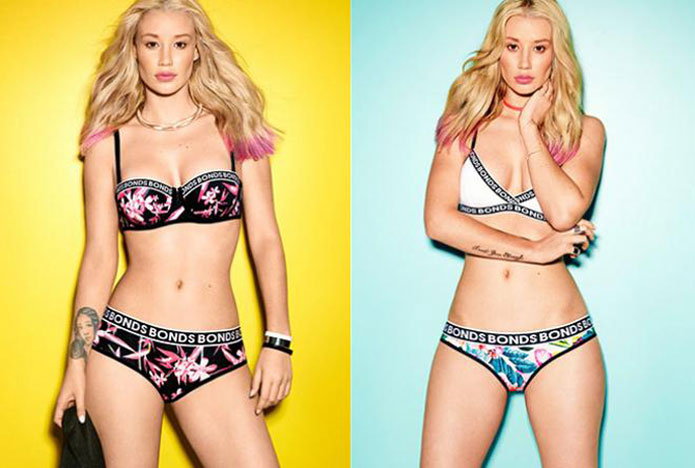 A Study in Checking for Brand Trademark Infringement
Australian lingerie company Easton Corp is going head-to-head legal with Pacific Brands over the use of the word “hottie” in relation to the underwear market. Easton Corp Pty Ltd owns the registered trademark for the word and brand “Hottie” in Australia and New Zealand for classes including; clothing, accessories, clothing and fashion design, web and digital design. Iconic Australian brand Bonds have launched a range of underwear in Australia, naming several styles “Hottie”.

Last month Bonds ran a national campaign starring Australian-born rapper Iggy Azalea to celebrate its 100th anniversary and promote its Bonds ‘New Era’ range, which includes the ‘Boyfriend Hottie’ and a number of ‘Hipster Hottie’ styles. The range was sold through Bonds stores and a number of other large retailers including David Jones, Myer, Target and Big W. Given the marketing budgets of Bonds and the depth and breadth of the national campaign, Easton Corp are rightfully concerned that their chances of owning the term “Hottie” in the eyes of the market is irrevocably damaged.

Reportedly Pacific Brands have moved to limit the damage by covering the branding with stickers, changing the use of the term; “Hottie” on their digital assets and asking their retailers to do the same. However, reversing an infringement of this manner is far from that simple. Once a brand association is established in the minds of the market, only time (and plenty of it) can diminish that connection – this is the very basis of what we do as brand builders. And whilst Pacific Brands may be doing all they can to re-write brand history, a quick Google of ‘Bonds Hotties’ shows the internet has a memory much like that of consumers – with a page full of organic search images showing that the brand ‘Bonds’ and the descriptor ‘Hotties’ are still very much connected. 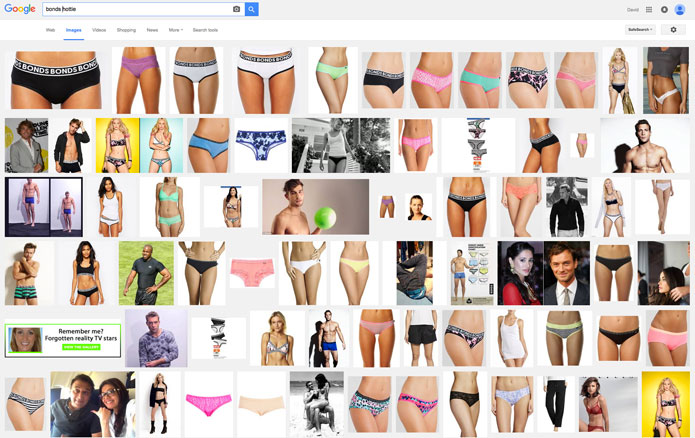 But the issue becomes muddier still when we Google the term “Hottie Underwear”. The resultant search throws up much eye candy, with many of the world’s best known underwear brands represented, including; Calvin Klein, Guess, H&M, Mossimo and Armani. It turns out Bonds aren’t the only underwear brand looking to build an association with “Hottie”, and whilst these brands are not necessarily marketing in Australia, the world of digital branding does not follow the borders of copyright delineation so neatly.

So what’s the solution? No doubt Easton Corp’s Hottie brand has been negatively impacted and will be for a period of time regardless of the extent to which Bonds ceases to use the term. And certainly Pacific Brands as the owners of Bonds must take responsibility for compensating Easton Corp for that loss. But when your trademark becomes common vernacular on a global scale, trying to maintain clear and pure ownership is a little like holding back the ocean. Given the inability to own the term in the minds of consumers – as illustrated so clearly by Google – then calculating the fair value of damage done by this infringement will not be clear cut.