Businesses need to take extra care not to alienate customers when rebranding rewards programmes. Last week Woolworths announced it was changing its Everyday Rewards programme to Woolworths Rewards. They claim it will make it better for their nine million members. However, many customers are upset about the changes and feel betrayed by the brand.Woolworths is potentially losing some of the supermarkets most valuable assets – it’s engaged and loyal customers.

Much of the discussion of the changes has focused on what Woolies is taking away from their rewards members. So far, the company has struggled to sell their message that the changes will ‘give money back to shoppers twice as fast’.

One of the key changes is removing the ability for customers to earn Qantas points through the programme. This will save Woolies up to $80 million a year.

Woolworths claim that the majority of their rewards members don’t use or value the Qantas points and want a simple programme where they can be rewarded faster. But many brand loyalists are not ‘buying’ the PR spin.

In making the programme ‘simpler and easier’, Woolworths have put in another caveat. Now rewards can only be earned on certain products. Members now have to buy ‘orange ticketed’ products to get any benefit. 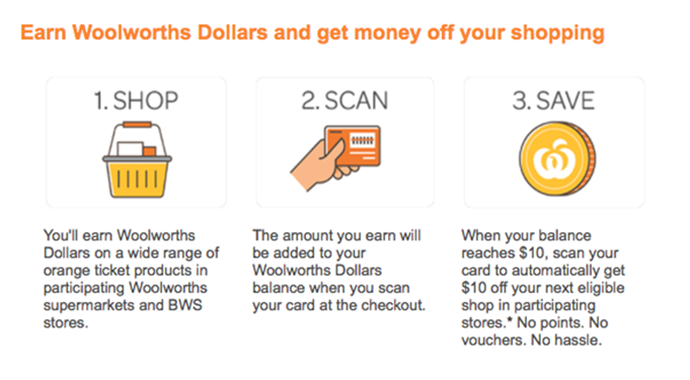 By limiting the ability to earn and choose rewards, Woolworths has opened the brand to attack from it’s loyal audience. Judging by the response on social media, most customers are not sold on the changes. Many are considering changing their brand loyalty as a result.

On the Woolworths Facebook page customers were quick to share their feedback. Most were very negative. Below are a couple of customer comments that The New Daily managed to grab before Woolworths shut down the discussion. 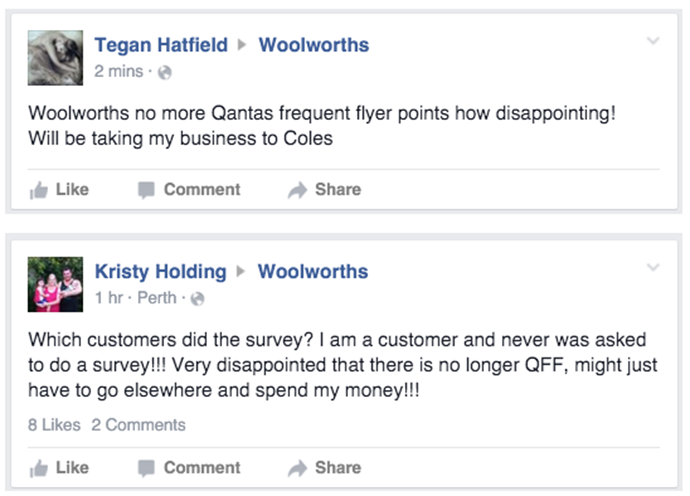 Giving cash back more frequently and easily is a smarter approach to rewards – if it feels genuine. Many brands already do this and it works.

However, the new Woolworths Rewards is more like a cost cutting attempt than a genuine attempt to better reward loyal customers. And this is not just a problem with how it’s being sold.

If this was really about giving customers what they want, they wouldn’t be limiting what products earn be giving them a choice of cash or points – which is actually what the old programme did (you could choose Woolworths vouchers or Qantas rewards).

Woolworths need to work hard and fast to rebuild some of this brand trust. Otherwise, those potential savings achieved from ditching Qantas might actually cost them more money in lost brand loyalty.