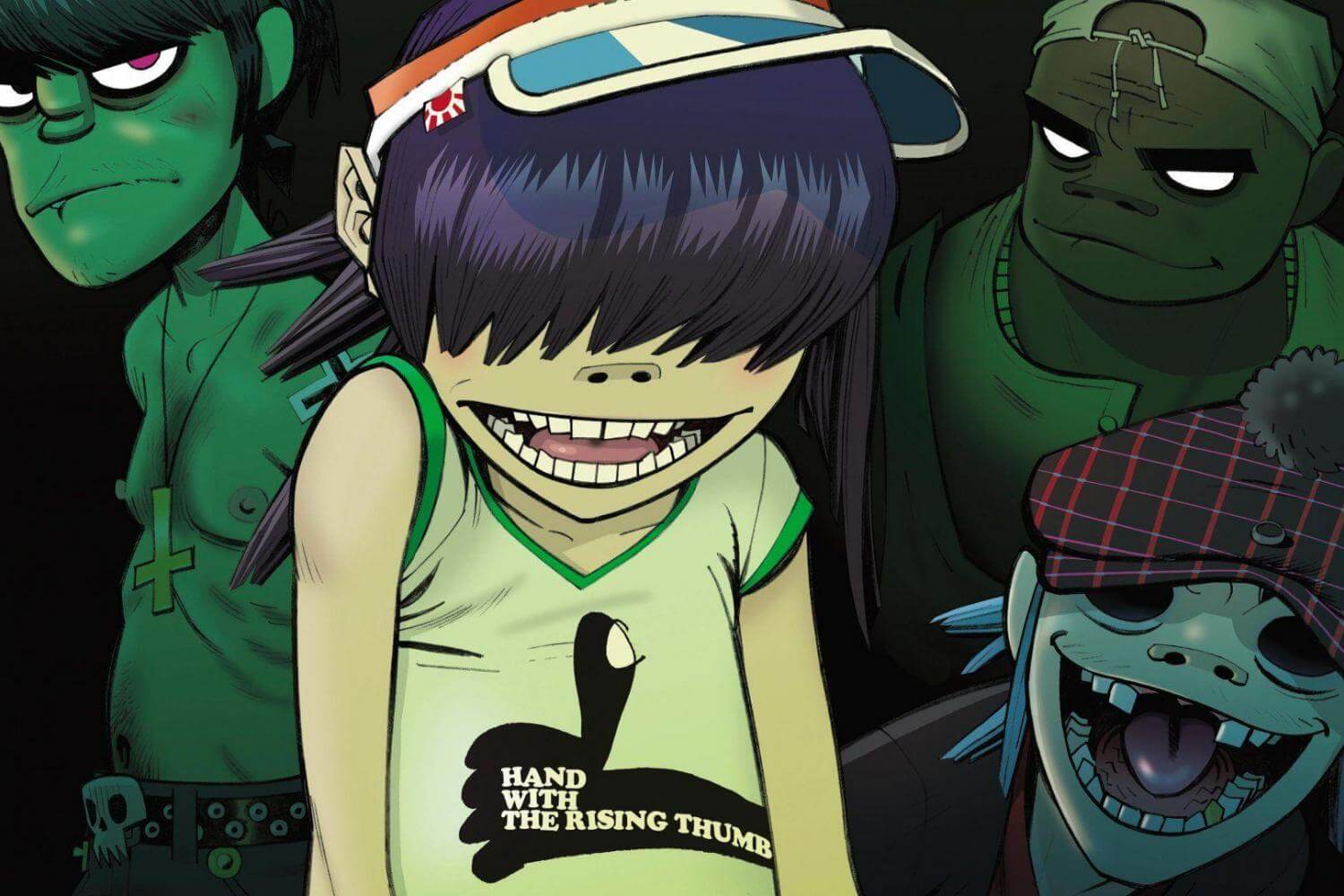 When you’re reading this, Donald Trump will be president of the USA… is this real life?

Today bands of calibre feel the need to really think innovatively on their album launch strategy since the era of streaming and downloading. Radiohead pioneered the trend of dropping an album, giving it away for free, sending fans out cryptic messages, turning their website to just white noise and has been album-on-album, successful, both commercially and receiving critical acclaim. Because they’re Radiohead!

They’ve inspired many bands, rappers and pop-stars to follow suit, so that hyping, dropping and illusive pre-launch campaigns have become the norm over more traditional single launches. The trend is becoming a little tired and contrived for the most part, unless it’s Radiohead, as they’re awesome. More often than not, the bigger the hype, the worse the record.

So when I saw that, epic Alt-Rock, Electro-Indie, Hip-hop Alt band Gorillaz were hyping the shit out of their first album in 6 years, it got me a little nervous, however fret not, they’re back with a bang! They’ve been teasing for the past few months launching teaser videos profiling characters in the band, with The Book of 2d and The Book of Russell along with releasing a playlist to potentially give fans an idea on the musical direction of the new album.

On Thursday night, the eve before that fateful day, when the world held its breath, dumbfounded at the events about to take place in Washington D.C., Gorillaz dropped their first visual single, “Hallelujah Money” featuring Benjamin Clementine in anticipation of this moment in world history. The song is dark, complex, humorous, intricate, definitely-not-for-radio, has multiple layers of sombre and fearful tones balanced with humour and potentially a glimpse of hope and “maybe it won’t be soo bad!”

The macabre and melancholy is counteracted with a beautiful gospel sound, but most impactful are the visuals and illustrations Gorillaz are famed for, which features the KKK, animal farm, rainbows and disturbing visuals.

The album represents what I believe to be the mood of the world, well those who are perplexed by this new president. It’s the unknown. But the message is clear, it’s a succinct statement on their views of how Donald Trump has used fear, racism, misogyny, fraud (tax dodging) and used his wealth, and power to rise to the top of the world’s power stage, using good old nepotism to ensure those around him have his best interests at heart!

The lyrics are to the point, the music definitely not for the masses, but it’s political statement on how they see the world today. And their hype and timing couldn’t be better timed to relaunch the band back into the fanbase after a hiatus.

The hype worked, we’re all watching! Can’t wait to see the rest of the album.

Would love to know your thoughts.