What if we could start from scratch and re-design everything in our lives so that they were good for people, for the planet and for business?

What if every product and service had an overhaul and it was developed not only with this thought but also with keeping the users need at the heart so that the end result really added value to our lives?

I was inspired earlier this week when we undertook some lateral thinking exercises in the studio. The exercise was to think of a challenge and if there was no limits how could we solve the problem. So I thought about the world of Marketing and how it doesn’t always contribute to products and services that do good by people and the planet. So I thought what if we had a second chance and could go through the design process all over again? What would the world look like?

If products and services all followed the human centred design model below as well as producing outcomes that were good for all stakeholders the world may look very different today. 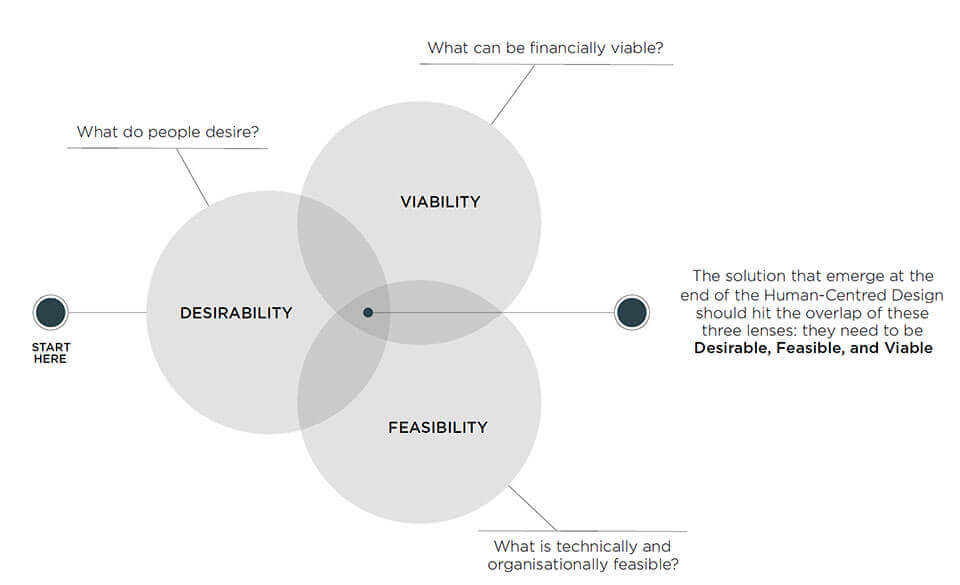 After watching the War on Waste I’ve been thinking more and more about this.

Cosmetic Standards for Fruit and Vegetables Would supermarkets have gone down the path of marketing the perfect fruit and vegetable with their high quality standards? Would we be in the position we are in now where we’re waisting tonnes of fruit and veg every year because it doesn’t look ‘perfect’? Where bananas don’t make the shelf if they’re not 20-26cm long. Would consumers be demanding such ridiculous standards?  We’ve come to expect that everything is perfect and the supermarkets adhere to this rejecting anything that isn’t ‘perfect’, Woolworths have taken a token step with their Odd Bunch fruit and vegetables but it’s not enough to stop the waste. European supermarkets have progressed a lot further in this space, with one supermarket leading the charge with an Inglorious Fruit and Vegetables campaign.

According to War on Waste the average family throws out an average of $3,500 worth of food every year. We’ve lost touch with the impact that this has on the environment and society. If we were starting from scratch with the fashion industry would we consider another way of creating it so that everyone involved in the supply chain was considered and the true cost was weighed up? We would be aware that for every cotton shirt that is made it takes 2,700 of water, which is enough for one person to drink for 900 days. Fashion brands would think of the effect the fast fashion movement has on the rate that we’re disposing of clothing and textiles, which in Australia is 6,000 kilograms every 10 minutes. Instead we may have found ourselves mending our clothes and retailers would focus on producing great quality products that lasted rather than cheap products designed to be disposed of.

If we could design the fashion industry so that it was good for people, planet and business Ethical Fashion Brands would be the norm rather than the exception.

We’ve had an explosion of unhealthy brands that have been masquerading as healthy products when in fact they have been loaded with sugar, salt and fat. If we knew the affect that these foods would have on society and our health would we allow them to take up so much space in our supermarkets or would we put in place regulations so that products had to disclose their health benefits (as we’re starting to see now) with health star ratings.

When More is not More

As an industry and as marketeers we’ve been bombarding consumers with messages that make them feel like their life isn’t complete if they don’t have a certain product or the next gadget. We have gone through an era of push marketing when marketing messages crowded our lives telling us in order to be happy we needed to purchase the latest good or service. Thank goodness marketers are focussing more on pull techniques and meaningful marketing where the right channels are used to communicate to the right audience with products that actually add value to their lives.

I know I feel better about what I do when the product and service I’m helping to promote authentically sets out to be good for people, planet and business and I know that in the end they will be more successful as they build loyal connections with their audiences.

Like it or not we have gone down this path but it’s now up to us as business owners, marketers and consumers to use business as a force for good and creating meaningful and valuable experiences for all.