John Lewis is the name of big UK retailer but it’s also the name of a guy from Blacksburg, Virginia.

Since 2007, the lecturer from Virginia Tech University has been using the twitter handle @johnlewis and he often receives tweets meant for the UK retailer, John Lewis.

Despite living nearly 6,000 Km from the UK, the American John Lewis has managed to build a strong bond with many in the UK with his humorous tweets. 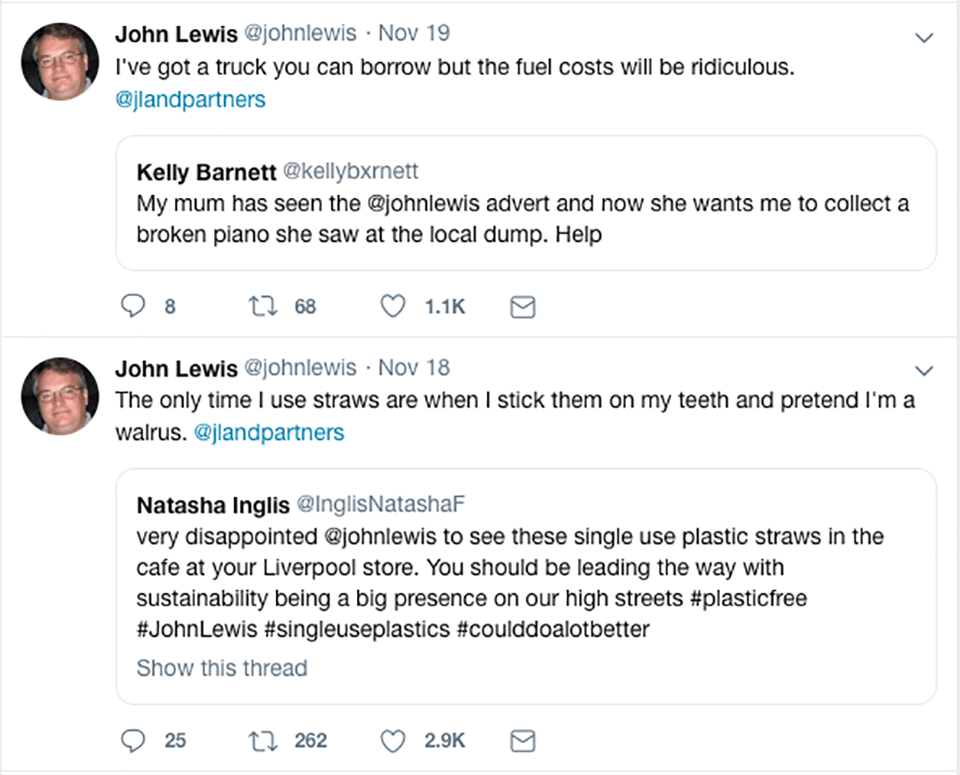 John has become a celebrity in his own right, receiving 50,000+ tweets a year.

An unofficial brand ambassador for John Lewis the retailer, John does try to help customers and direct them to the retailer’s customer service team. He has also tweeted about the gifts that the retailer sends him as a thank you.

Now, Twitter has decided to tell his story. It’s all part of their Christmas campaign to encourage people to be part of the conversation, even if it’s by mistake.

Check out the ad below.