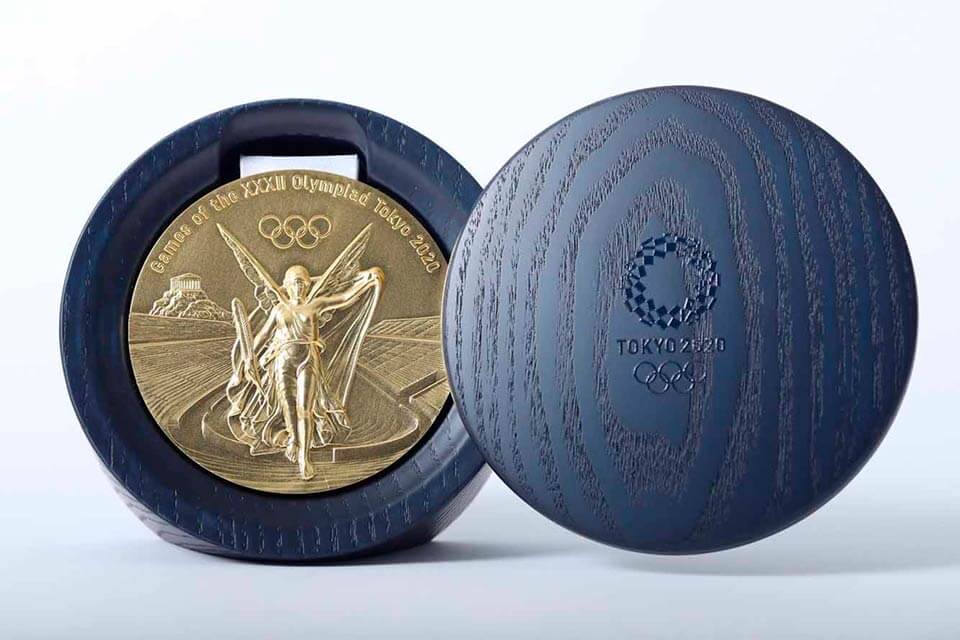 When it comes to brand identity briefs, they don’t get grander than this.

Every four years when the Olympic Games roll around we are treated to perhaps the most plumb job in the world of branding. The games combine the perfect branding brief – a world stage, a huge budget, a history of world class design, more than four years lead time and an amazing array of canvases to present the brand upon. Whilst reflecting a more reserved design culture than recent Olympic games branding, the Tokyo 2020 Games brand has not disappointed.

The brand mark was designed by Asao Tokolo, a Tokyo-based designer. Tokolo’s Harmonised Chequered Emblem is based upon “chequered patterns which have been popular in many countries around the world throughout history. In Japan, the chequered pattern became formally known as “ichimatsu moyo” in the Edo period (1603-1867), and this chequered design in the traditional Japanese colour of indigo blue expresses a refined elegance and sophistication that exemplifies Japan. Composed of three varieties of rectangular shapes, the design represents different countries, cultures and ways of thinking. It incorporates the message of “unity in diversity”. It also expresses that the Olympic and Paralympic Games seek to promote diversity as a platform to connect the world.

Three different rectangular shapes represent diversity. Diversity makes the world a vibrant place. It sets us apart but can bring us together. With mutual respect and support, diversity becomes unity.

These two emblems are made of the same number of shapes. They remind us that all people are equal. That regardless of ability or disability, we are united in our humanity.

The thrill and excitement of sports inspires us and makes hearts around the world beat together as one. This is where a dazzling future begins.”

The brand marks for the Tokyo Olympic Games and Paralympic Games share a strong graphic language. 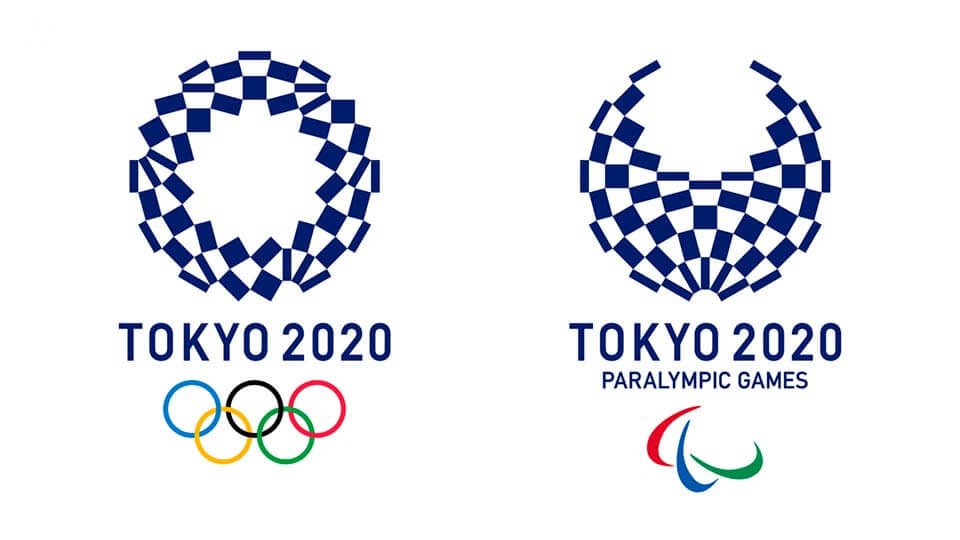 Shown below with the three other finalist brands, the selected branding concept has a stronger graphic style and is more unexpected than the other, safer options. 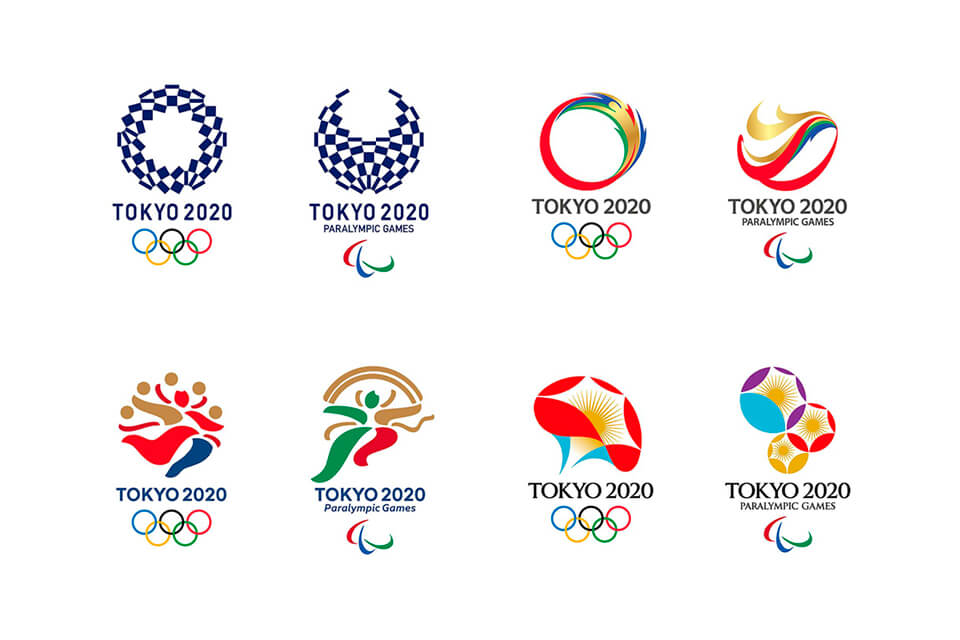 A key component of Olympic Games branding is the development of icons to represent each sport featured at the games. 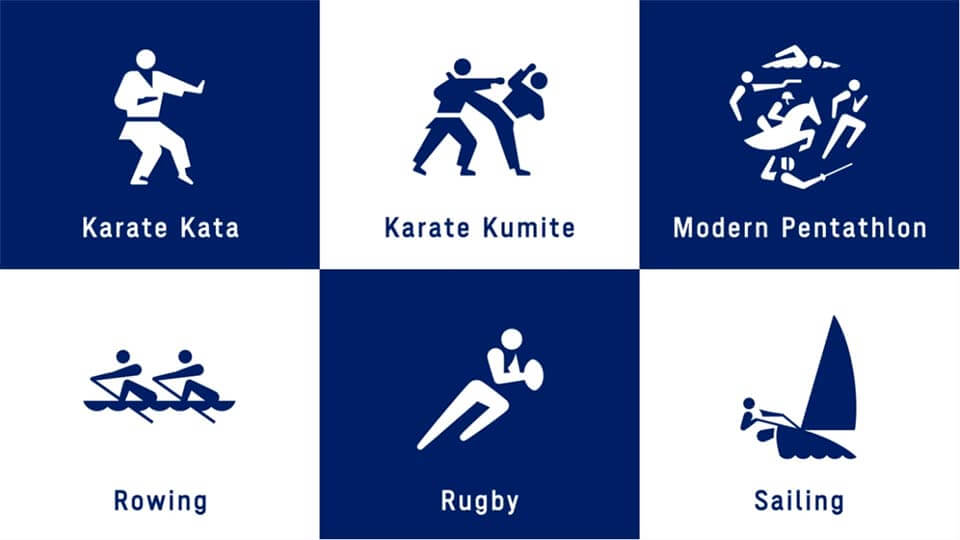 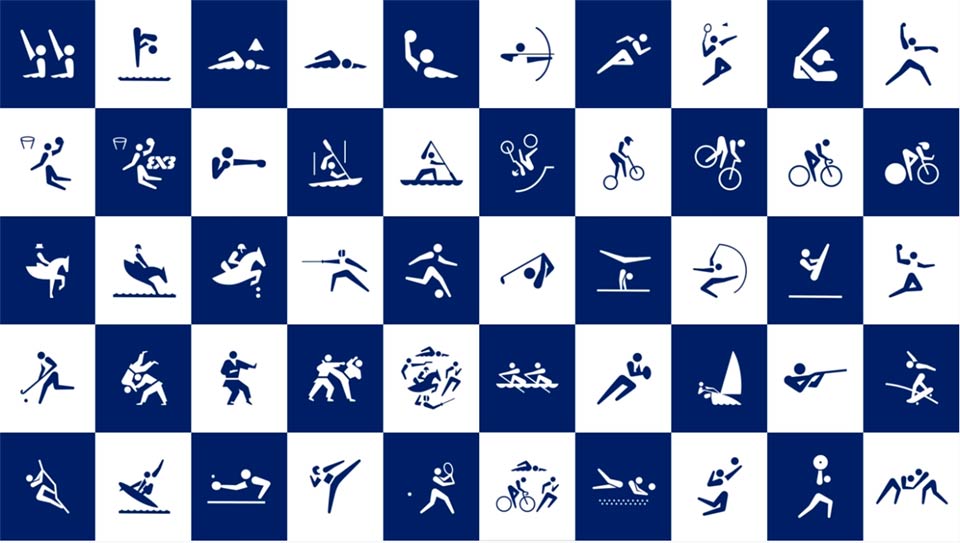 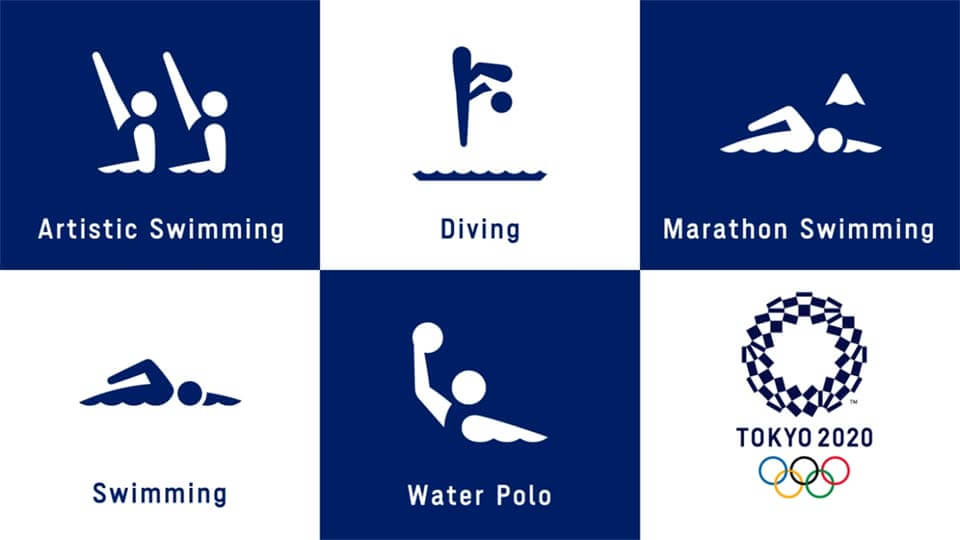 As we get closer to The Games the role of environmental branding becomes the dominant brand touch point as the whole city, it’s stadiums, transport system become one big brand identity system. In the lead-up to the Games we cstart to see the branding system emerge. The 2020 Tokyo Torch Relay has a different sub brand for the Olympic games and Paralympic Games, sharing the torch design but with a variation of colour.

Volunteer uniforms have been considered with the same care and brand design flair as every other touchpoint. In many ways the design of the Games medals represent the most pore source of the brand identity. Bringing together precious metals (the Tokyo 2020 medals are said to contain metals from recycled phones), iconography, brand design and fabrication. This brand execution requires the gravitas to sum-up all that has been invested by the world’s athletes in order to be crowned Olympic  or Paralympic Champion. 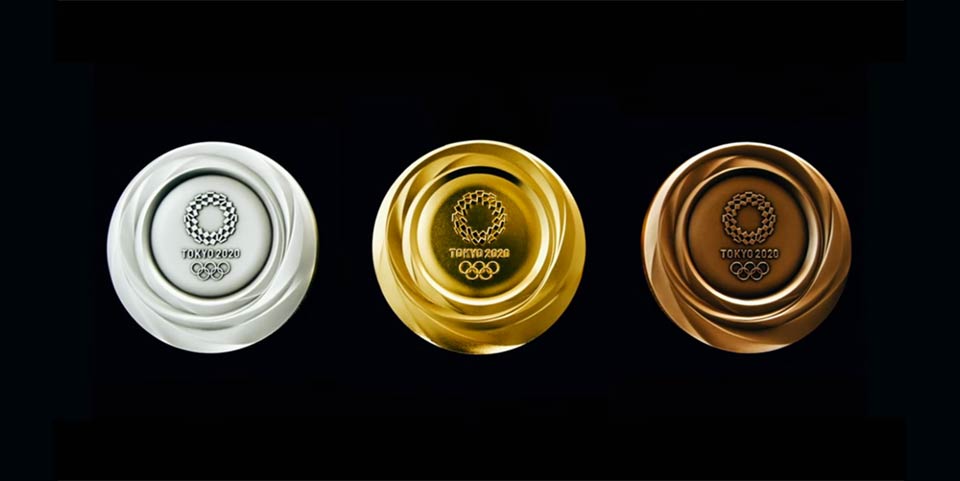 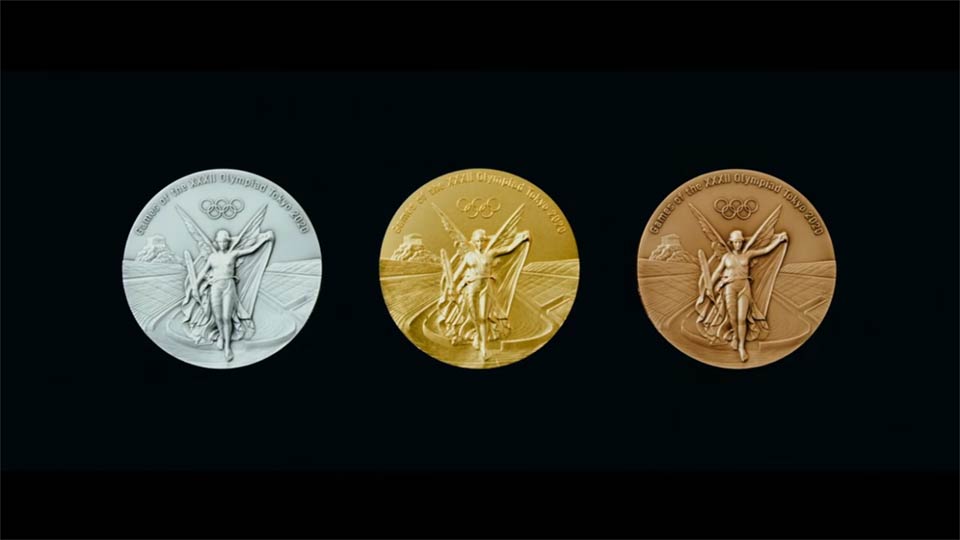 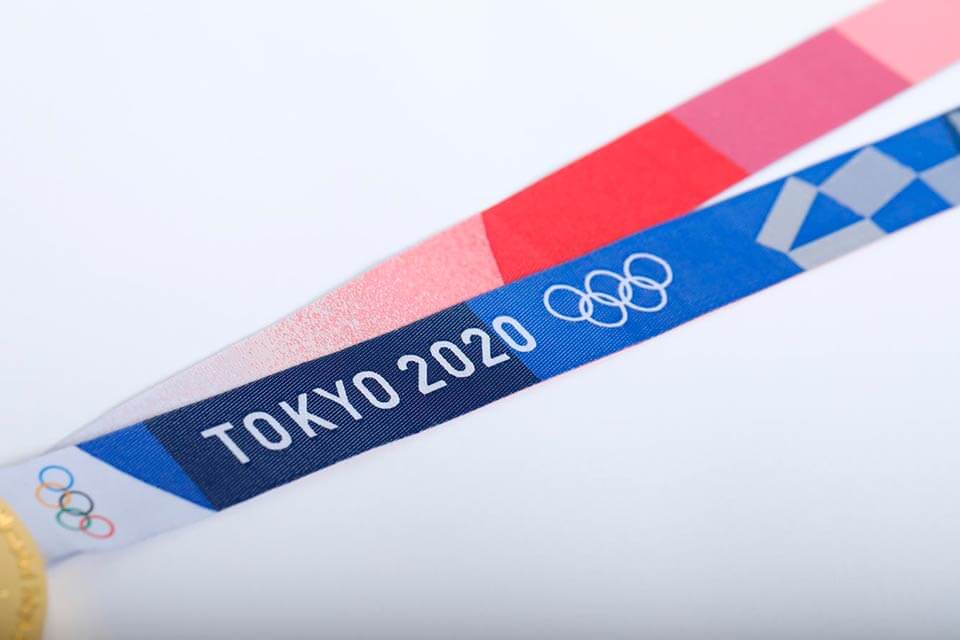 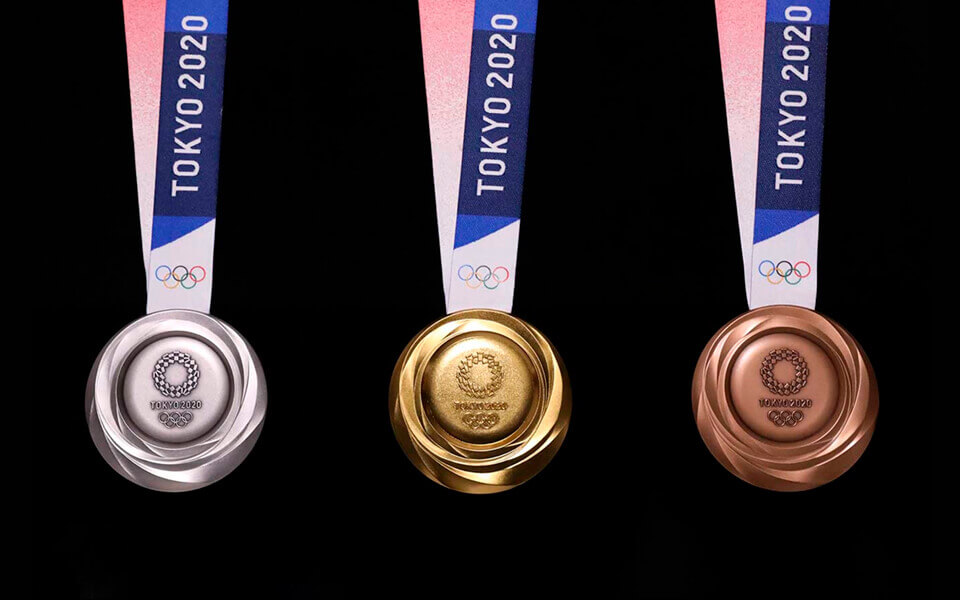 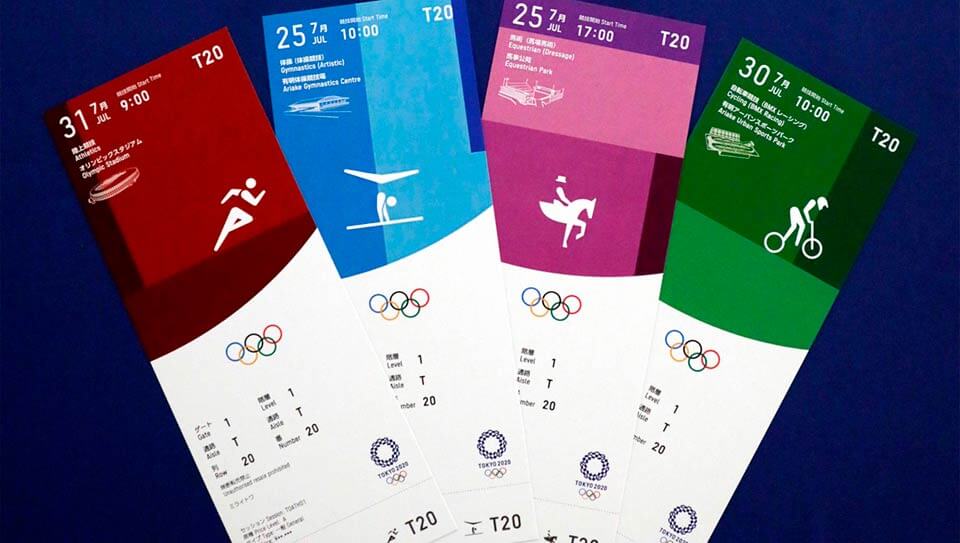 The 2020 Tokyo Mascots are every bit as Japanese as we’d expect. Even the Barbie brand has got onboard with Matel releasing a special Tokyo 2020 edition of their iconic toy. 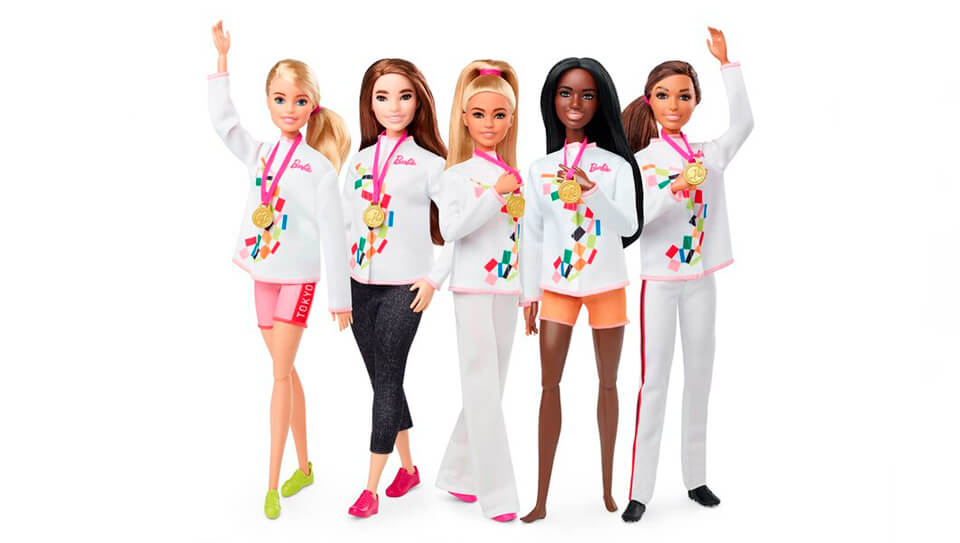