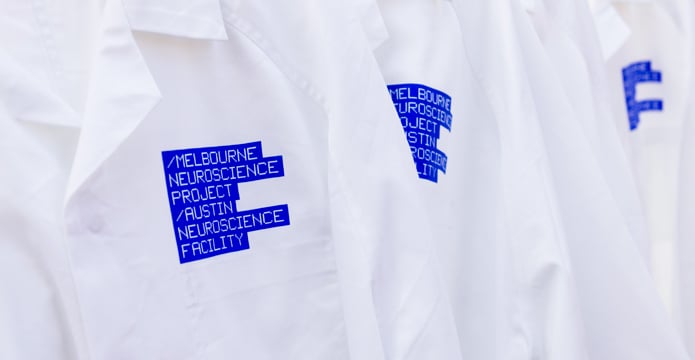 We were approached by Florey Neuroscience Institutes to promote a joint venture taken on by the group which was the construction of two new purpose-built state-of-the-art facilities worth $225 million. As part of the project, the Mental Health Research Institute and University of Melbourne neuroscientists co-located with Florey Neuroscience Institutes to the new facilities at the University’s Parkville campus and at the Austin Hospital in Heidelberg.

Florey Neuroscience Institutes needed a brandmark, visual language and brand communications (stationery, invitations and media banners) on which it could communicate the project. The project’s title ‘Melbourne Neuroscience Project’ positioned it as a one of a kind that will shape brain research for Melbourne and Australia.

One of the main objectives of the brandmark was to stand out on the worksites (Heidelberg and Parkville) hoarding, where it would be predominately used. The resulting design was inspired by the architectural form of the buildings and the idea that these two sites are the building blocks of something significant in brain research within Melbourne. 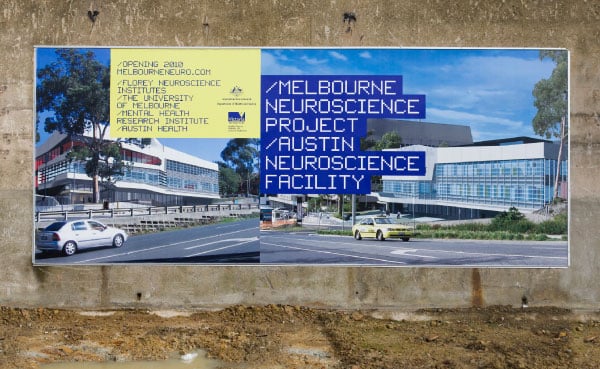 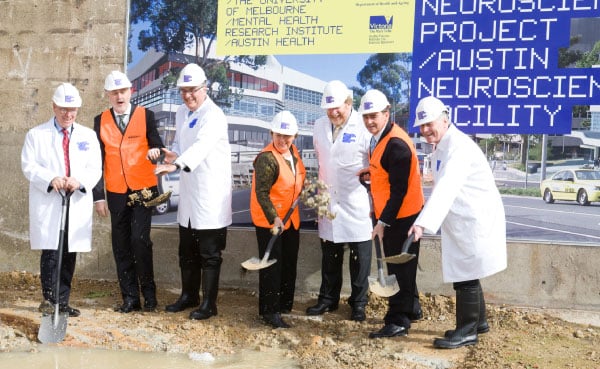