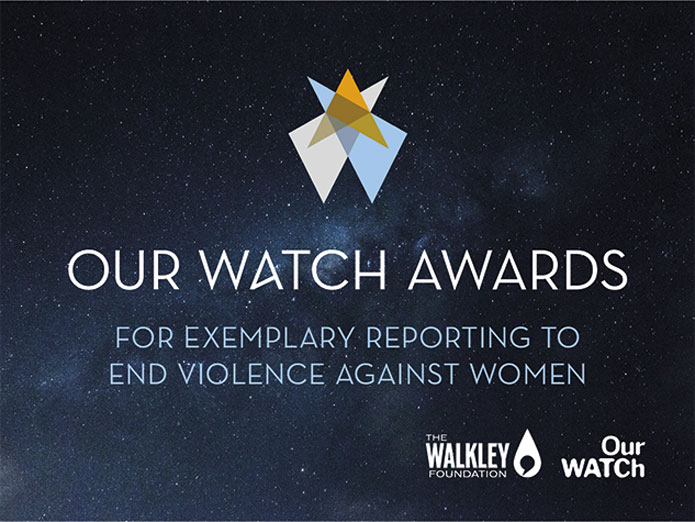 The Our Watch Awards were created to recognise reporting that highlights the causes of violence and what we as a society can do to ‘stop it before it starts’.

Our Watch is an Australia-wide, independent, not-for-profit organisation working to raise awareness and engage the community in action to prevent violence against women and their children.

Violence against women and their children generates daily coverage in Australia. 1 in 3 Australian women have encountered some form of violence. 1 in 5 has experienced sexual assault. The media have an important role to play in helping shape attitudes, perceptions and knowledge that give rise to, minimise or excuse violence against women and their children.

Administered by The Walkley Foundation, the awards were launched at the Australian Press Club with Our Watch ambassador and Australian of the Year, Rosie Batty. 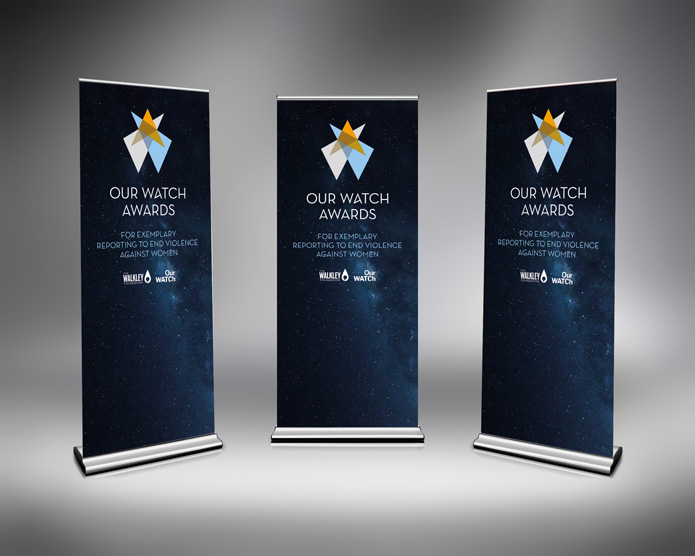 Challenge
While the brand needed to be a rallying cry to all of the Australian media, it couldn’t focus on the horrors of violence. The brand needed to recognise and celebrate achievement and in doing so, inspire others to strive to be better.

The awards needed to be prestigious and aspirational. They needed to be something that everyone in the Australian media would aim for and an event that they would all want to attend. 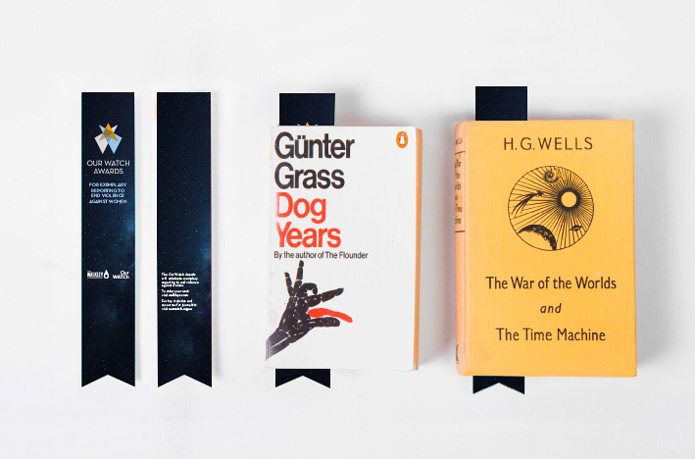 Insight
The Our Watch Media Awards urge the media to use their influence to drive nation-wide change in the culture, behaviours and attitudes that underpin family violence.

Rosie Batty says that journalists are “uniquely placed to help stop violence before it starts”.

“Violence against women is a critical issue for our time and the Walkleys are proud to support Our Watch through helping benchmark excellence in reporting on it.” 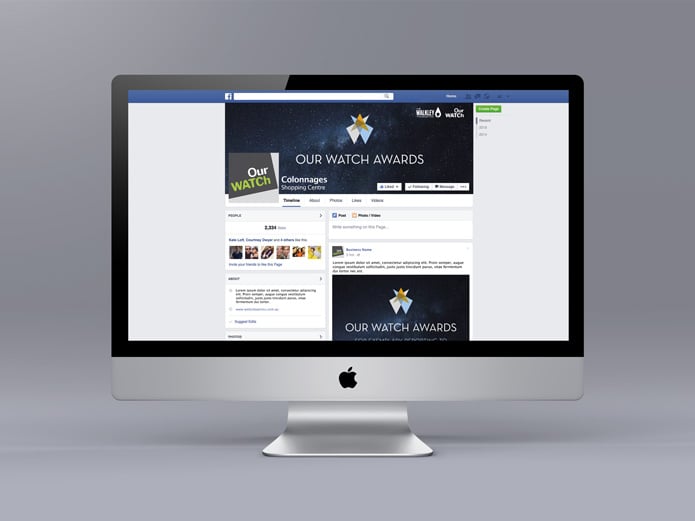 Strategy & Design Solution
A number of names for the awards were considered. However, as Our Watch was still relatively new as a brand, it decided to focus on investing in the ‘Our Watch’ name, as the awards are fundamental to the organisation’s objectives.

A distinctive brand value proposition and identity was developed specifically to engage the Australian Media and unite the community.

Celebrating the rising star, we created a brandmark that uses the W & A from ‘Watch’ & ‘Awards’ and takes cues from the idea of big event searchlights that come together to create the star.

The tagline simplifies a complex message into a powerful and aspirational statement; “for exemplary reporting that ends violence against women”. The awards are also endorsed by The Walkley Foundation to provide credibility and emphasise their independence. 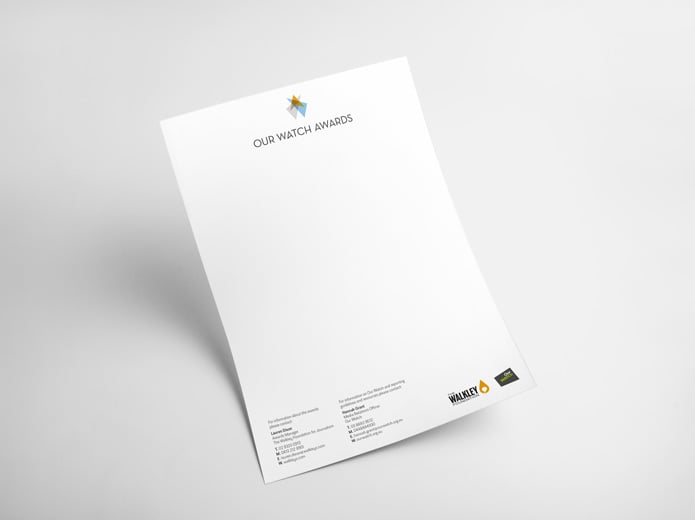 Results
Kristine Ziwica, National Media Engagement Manager, Our Watch said that the feedback from the media and our stakeholders has been extremely positive. “I’ve received a ‘wow’ and several people have commented on how it is an excellent design concept. It is appropriate to the audience and captures the principles and right tone”.

“The design is positive and promotes excellence and optimism. I believe the values and personality traits articulated are sound and should act as guides/reference point for those in the media reporting and contributing to the national conversation about violence against women and prevention/elimination.” added Kristine.