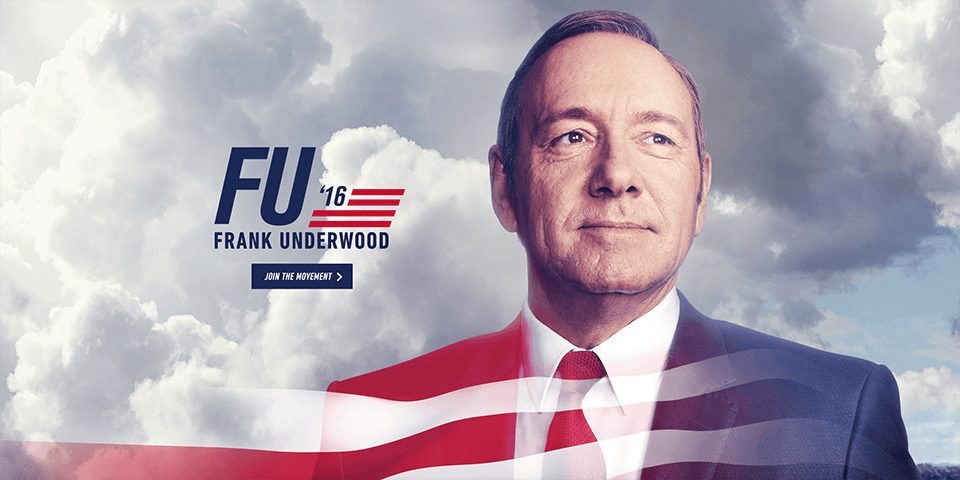 The branded campaign FU 2016 for season 4 of House of Cards has just taken out Adweek’s Grand Prize for media plan of the year in the USA.

While the rest of the world struggles with the possibility of Donald Trump being the next president, Netflix has made the most of the conversation. They hijacked CNN’s Republican presidential debate to put forward an alternative candidate and launch their campaign.

In a different approach to promoting a TV series, Netflix used the lead character of House of Cards, Frank Underwood, to create a new campaign brand, ‘FU 2016’.

The ‘FU2016’ brand and campaign tapped into Underwood’s initials but also his general attitude. The campaign was described by MEC Global as a “wonderful collision” of real and fictional presidential elections.

The campaign also tapped into high impact moments through the political calendar all connecting back to the FU 2016 brand.

The campaign has been so successful, much of the post chatter post the debate included Underwood as well as the real candidates.

Any why not? I suspect,  many would prefer to vote for Underwood over than the real candidates, if they could.