When used for the greater good Social Media can spread positivity, incite celebration and connect us with community in a very powerful way. This was the case last Wednesday when rainbow colours and images of elation filled most of our social media feeds after the announcement of the results in the Australian same-sex marriage survey with a majority YES vote winning.

YES supporters here in Australia and internationally took the opportunity to celebrate the historic announcement on their Twitter, Instagram, Facebook and Snapchat feeds as well as many brands showing their creative response to the YES win. Uber Australia even turned their tracking to rainbow colours for the day. It was a moment in our countries history where the majority of us felt we were united for the greater good and we were happy as hell to share the love through all social channels. It would be interesting to know how many times the rainbow emoji was used on Wednesday, if anyone knows the stats I would love to know.

One of the most emotive images shared and retweeted was that of Labor Party Senator, Penny Wong breaking down into tears after hearing the YES announcement, surrounded and supported by her senate colleagues from all different parties. It truly was a moving moment and one worth sharing.

We hope you all enjoyed the celebrations, joyful sentiment, splashes of rainbow colour and most importantly the connection to a fair and progressive community through social media. Take a look at some of the posts below… 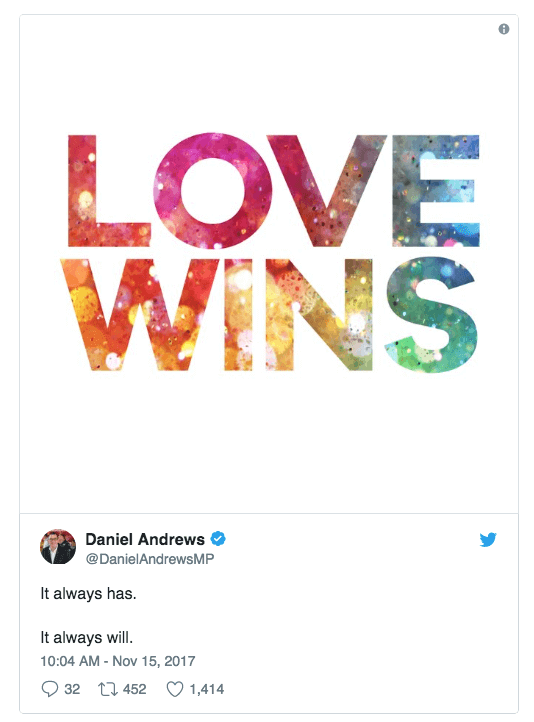 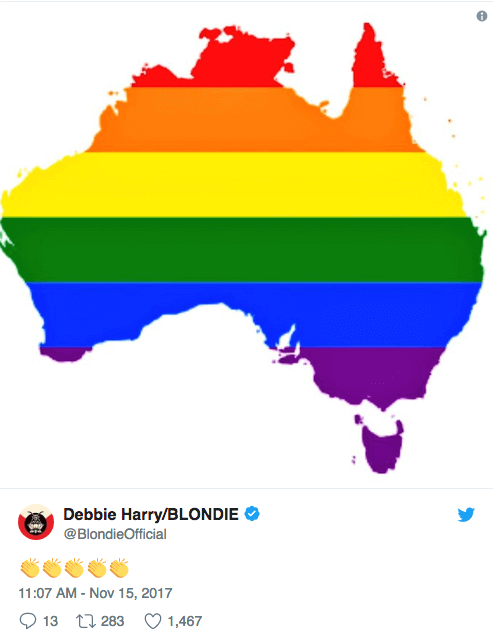 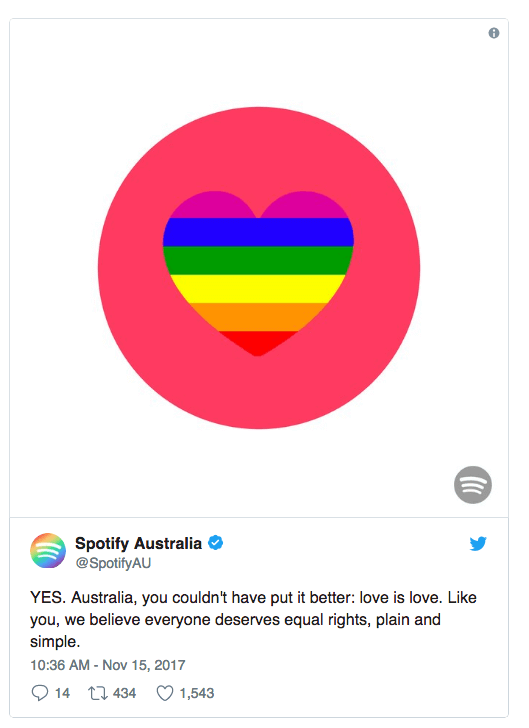