Loving this inspirational story of Elizabeth Arden; an entrepreneur, a women’s advocate, and a champion for holistic beauty, whose beliefs seem more relevant today than ever before. Along with the symbolism of her brand’s signature colour; from the iconic red door of the first salon, to a lipstick first worn by the suffragettes, women serving in WWII and now supporting UN Women, an organisation fighting for female empowerment and gender equality.

The following article is by Samantha Besgrove, from Business Chicks.

Miss Elizabeth Arden was a feminist force to be reckoned with; she was the first woman to grace the cover of Time magazine, the first woman to be inducted into the U.S. Business Hall of Fame, and that doesn’t even cover off on all the firsts she championed at the helm of her cosmetic company.

Born Florence Nightingale Graham, Miss Elizabeth Arden opened her first salon in New York City in 1910. The salon welcomed women who wanted to learn more about health, wellness and beauty and the front door was painted the brightest hue of red so it would stand out along the bustling Fifth Avenue.

Miss Elizabeth Arden began designing makeup and cosmetics and would go on to become one of the leaders in the cosmetics industry. She was the first to work with a chemist in designing cosmetics, the first to create a foundation that matched a person’s skin tone and the first to produce travel sized products.

“Standards should be set by me and not imposed on me.”
– Elizabeth Arden

Miss Elizabeth Arden was a pioneer not only in the cosmetics industry but also for women’s rights. In 1912, she and 15,000 suffragettes marched through New York City demanding the right to vote. She encouraged women to wear bright red lipstick as a symbol of power and strength and even supplied lipstick to protesters as they marched past her RED DOOR SPA. A bright red lip became the unofficial part of the suffragette rally uniform and represented female independence and liberation. 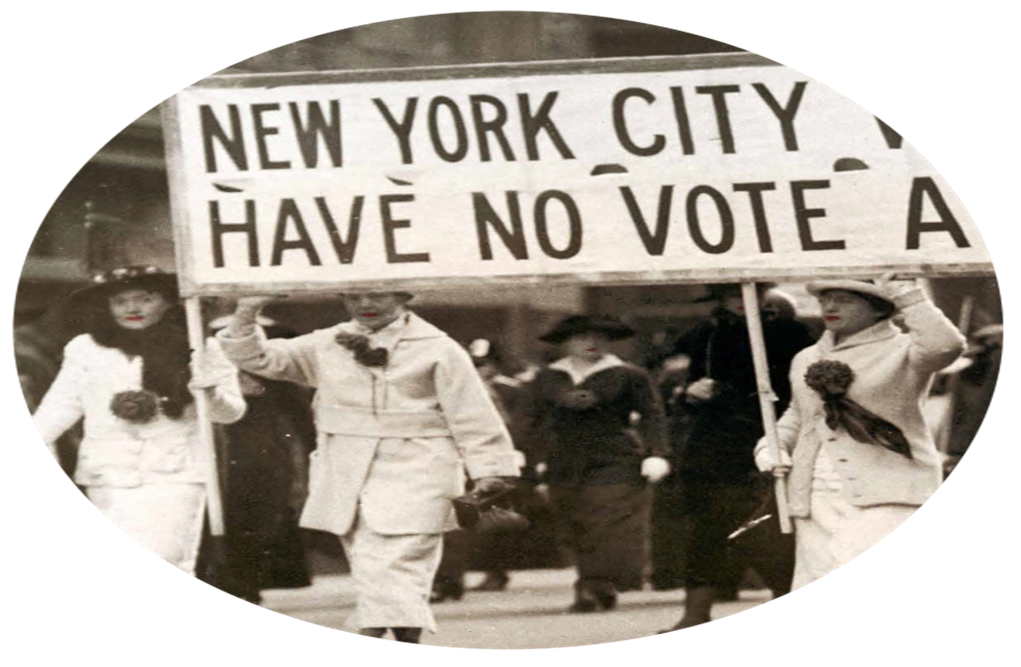 In the 1940’s, Miss Elizabeth Arden designed a special shade, called Montezuma Red, to support women serving in WWII. The shade was made available as a lipstick, nail polish and blush and was a perfect match to the red piping on a female soldiers uniform. Miss Elizabeth Arden also produced a cream that would help the scarring and burns of victims of the war and she toured hospitals giving it out.

The cosmetics pioneer was the first to personalise consultations and colours for each individual person. She introduced the idea of lip, eye, cheek and fingernail colours complementing each other and a woman’s skin colouring, producing a need for a wider range of colours that previously were only available in limited colours.

“It’s amazing what a woman can do with a little ambition.” – Elizabeth Arden

Miss Elizabeth Arden always fought to empower and support women, and her legacy lives on in the Elizabeth Arden brand. The company have partnered with Reese Witherspoon, a passionate supporter of women and one of the founders of the #TimesUp movement, to introduce a Limited Edition March On lipstick*. The lipstick is signed by Reese, who also chose the brand’s signature Red Door Red shade. 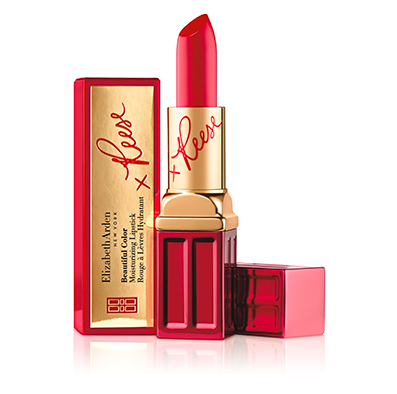 This movement begins – as it started – with a red lipstick as a powerful symbol of unity and advocacy. The limited edition lipstick will be sold globally with 100% of the proceeds going to UN Women, an organisation fighting for female empowerment and gender equality. We can’t think of a better excuse to invest in a new lippie!

100% of the proceeds of this limited edition lipstick go to UN Women. Buy one as a symbol of solidarity. Beautiful Color Moisturizing Lipstick in Red Door Red AU $42, available here.

This article is in partnership with Elizabeth Arden.