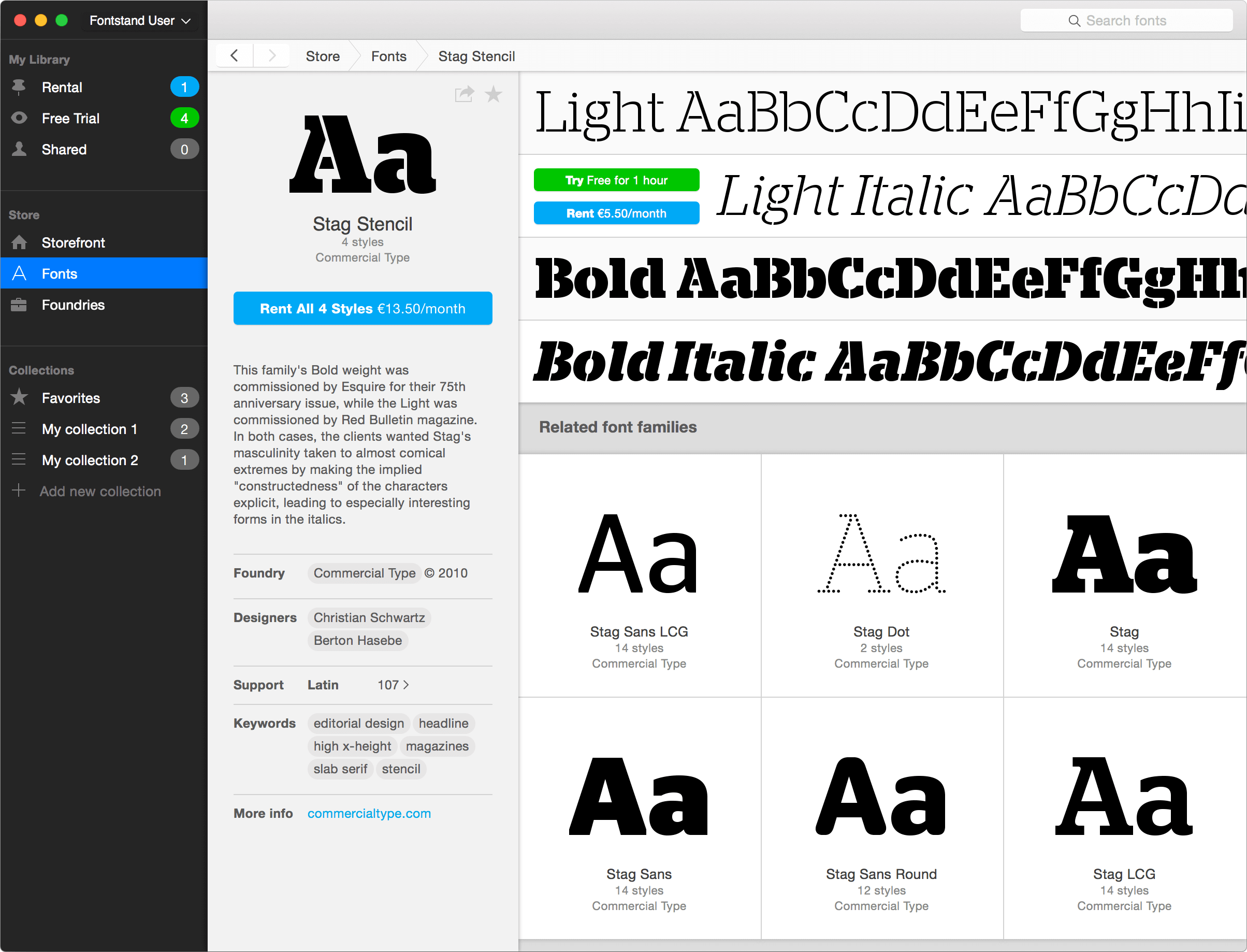 Fontstand is a Mac app that lets you try fonts for free and rent them by the month for desktop use for a fraction of their regular price. Typotheque developed this app in collaboration with Andrej Krátky. Conceived by independent type designers specifically to address the concerns of their industry, It’s an ideal solution if you need a font for just one project and don’t plan on using it again.

The traditional licensing model requires users to pay for a full license even if they plan to use a font for just one project. Fontstand makes it possible for designers to rent fonts for just as long as they need them, potentially saving them a lot of money. Although free fonts are widely available on the web, they generally lack the refined details, diversity of styles and range of characters that graphic designers need to produce top-quality work.

A favourite font of mine, Aksell, featured in the ‘Fonts in use’ section of the app.

Fontstand’s simple, intuitive interface lets you view fonts and try them for free (up to ten a day), using them just as if they were installed on your computer. Renting a font for 30 days costs just 10% of its regular price, and any rented font can be shared with another Fontstand user for just an additional 2% of its regular price, a pricing model that benefits small graphics studios and other workgroups, even those whose collaborators are spread out all over the world. Any font rented for a total of twelve months becomes permanently available in Fontstand and can also be downloaded and installed like any normal font.

Behind Fontstand’s elegant interface is a complex cloud-based service that automatically manages all the font files, software licensing and billing details. All you have to do is choose the fonts and use them. Once the free trial or rental starts, the fonts are available, and you don’t have to be connected to the Internet or have Fontstand open; you can use them in any program that works normally with digital fonts.

At present, Fontstand features thousands of fonts and font families from more than 20 of the world’s top independent font foundries, including the work of internationally recognised designers. See below. 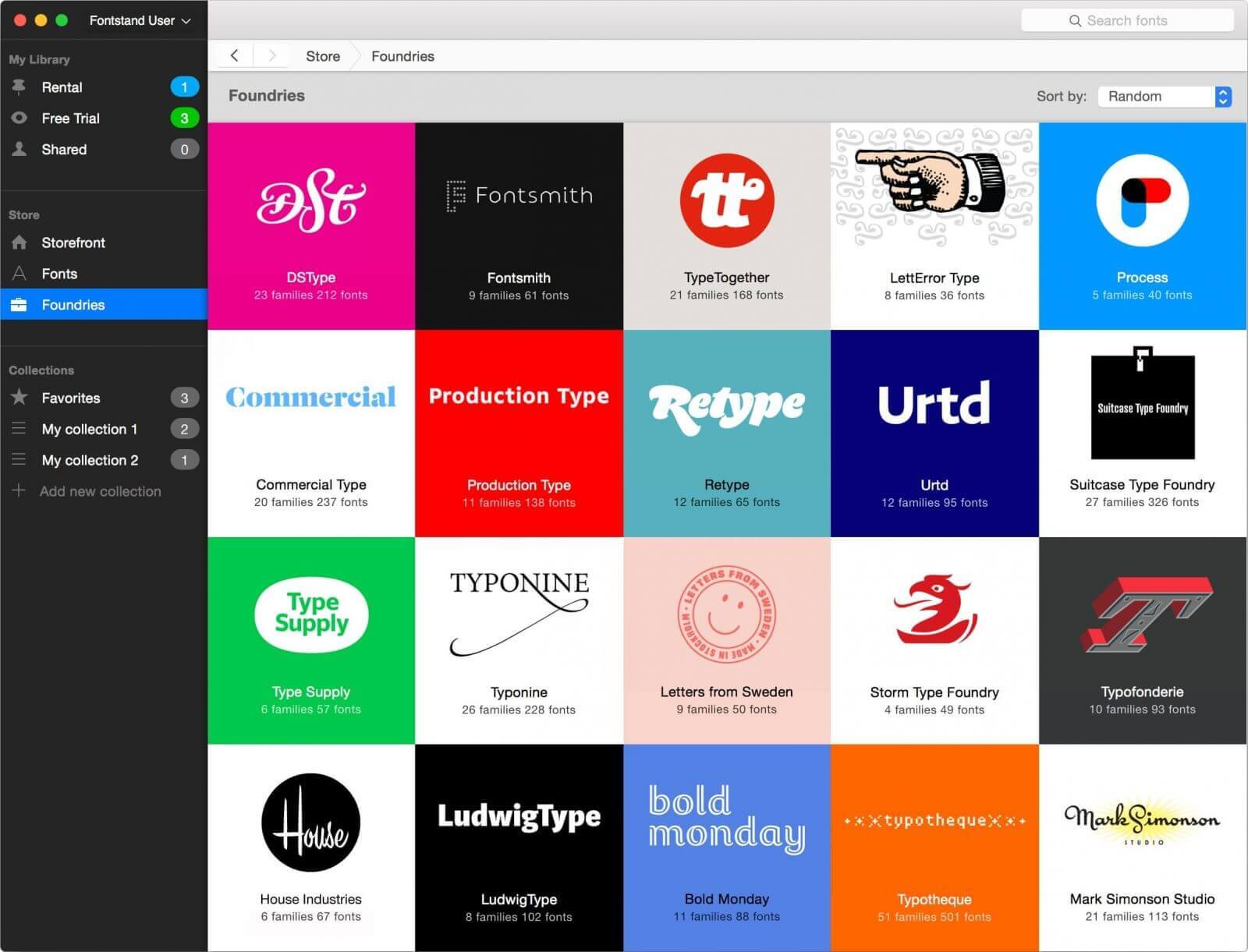 So far I’ve utilised Fontstand in many of my projects and I regularly use it to look for font inspiration.
You know you want to try it… Download it here!

Feature image is an image of the HBKsaar “link” lecture series Designed by Indra Kupferschmid.