Study shows perception of China varies across the globe, with reputation declining in many countries.

As China celebrates their 70th anniversary of Communist rule, Pew Research Centre has released their latest Global Attitudes Survey on the People’s Republic.

More prominant than ever in global headlines, the survey shows that opinions of the super power are extremely divided across the globe. 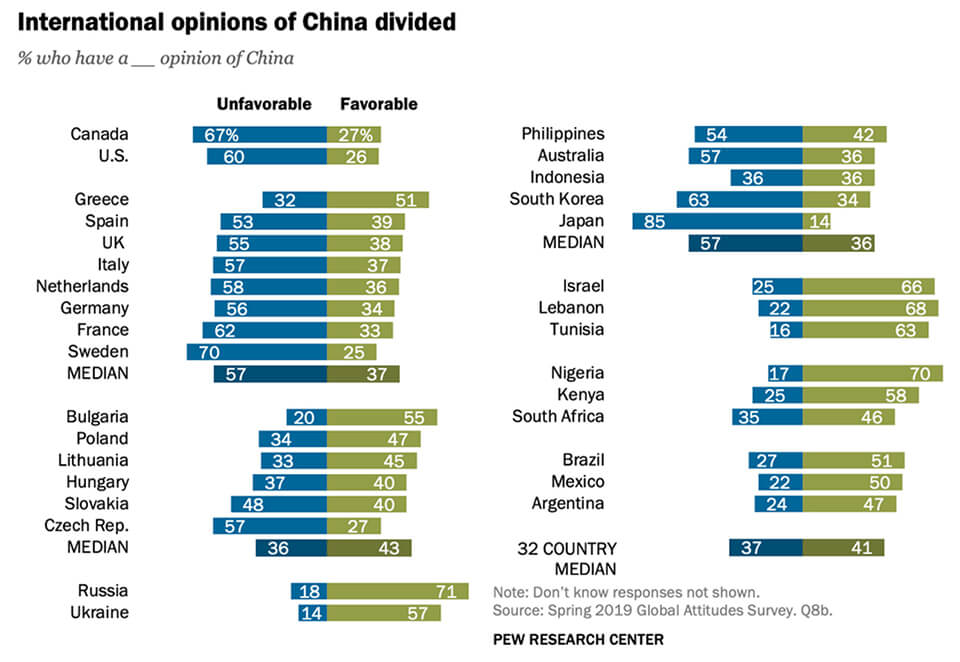 Across all the 32 countries surveyed, a median of 41% have a favourable opinon, compared to 37% who have an unfavourable view.

While most people agreed that China’s influence on the world has grown recently, in many parts of Europe, North America and Asia Pacific, favourability has dropped towards China.

In contrast to 2018, there were significantly less people with favourable opinions of China in Indonesia, Canada, Sweden, Australia, USA, Phillipines, UK and Netherlands. All these countries recorded at least a ten per cent drop in those who saw China positively compared to a year ago. 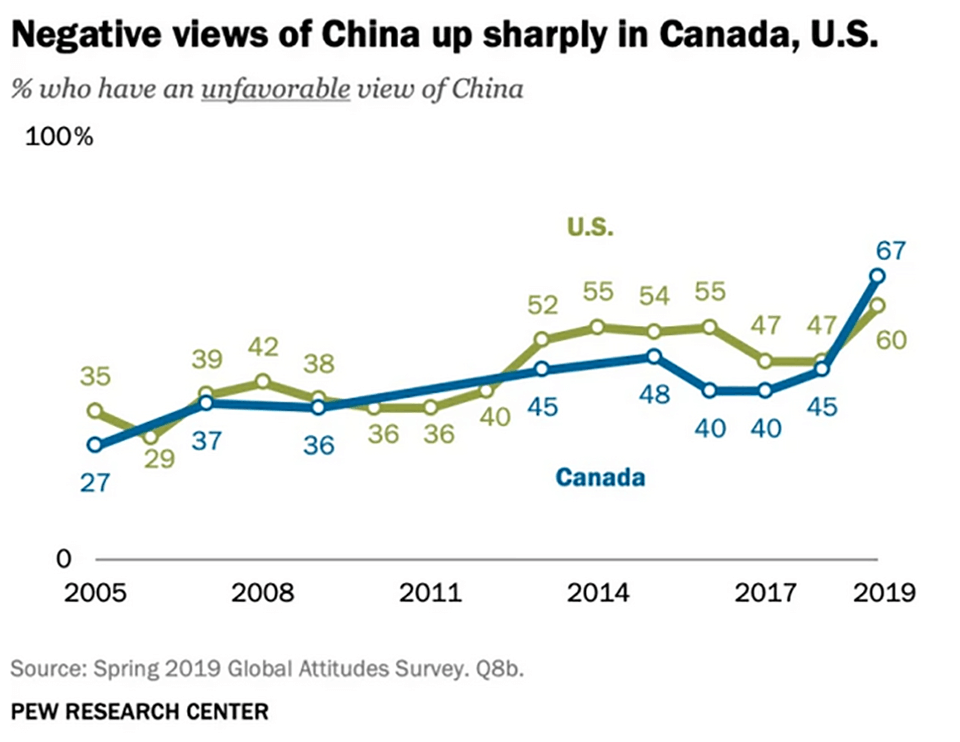 There is also a distinct difference between the views of people based on their age. Those aged 18-29 are generally far more likely to have a more favourable view of China than those 50+. This is consistent across most countries and potentially is an opportunity for China to build on their brand for the future.

Pew Research Center’s Spring 2019 Global Attitudes survey was conducted with 34,904 people between May 13 to Aug. 29, 2019. Results for the survey are based on telephone and face-to-face interviews conducted under the direction of Gallup and Abt Associates.