Type foundry Monotype have this year launched the Type Champions Award, to recognize brands for their creative, innovative, and memorable use of typography in developing and maintaining their brand identities.

Here are some of our favorites…

When Squarespace launched a new identity system in late 2018, typography played a key role in helping bring Squarespace closer to its roots. Squarespace developed a new custom typeface: Clarkson, named in honor of the company’s headquarters at 8 Clarkson Street. According to the brand’s site, “[Clarkson is] intentionally idiosyncratic, balancing the clarity and sophistication of a neo-grotesque sans serif with the edge formed by thoughtfully cutting the letterforms. Slightly left of center, it perfectly communicates our New York heritage.” 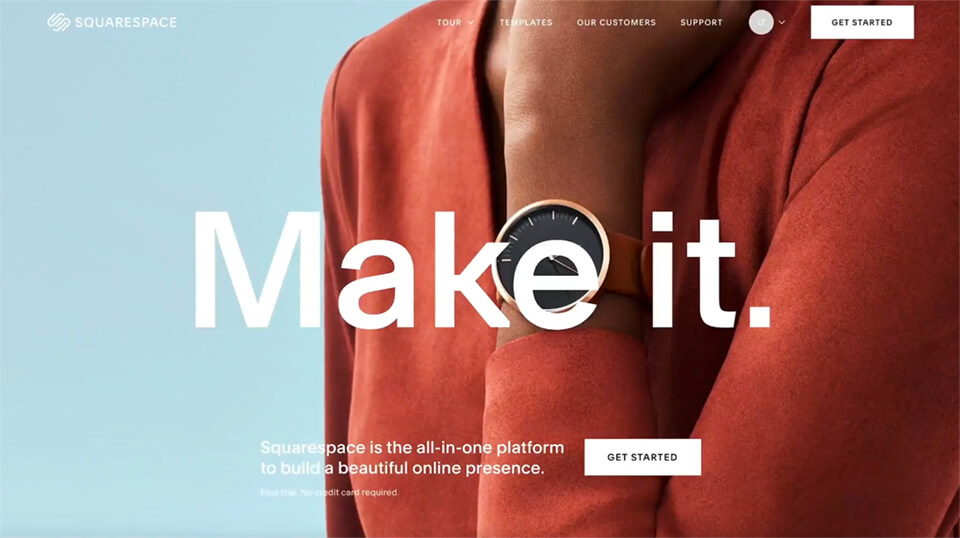 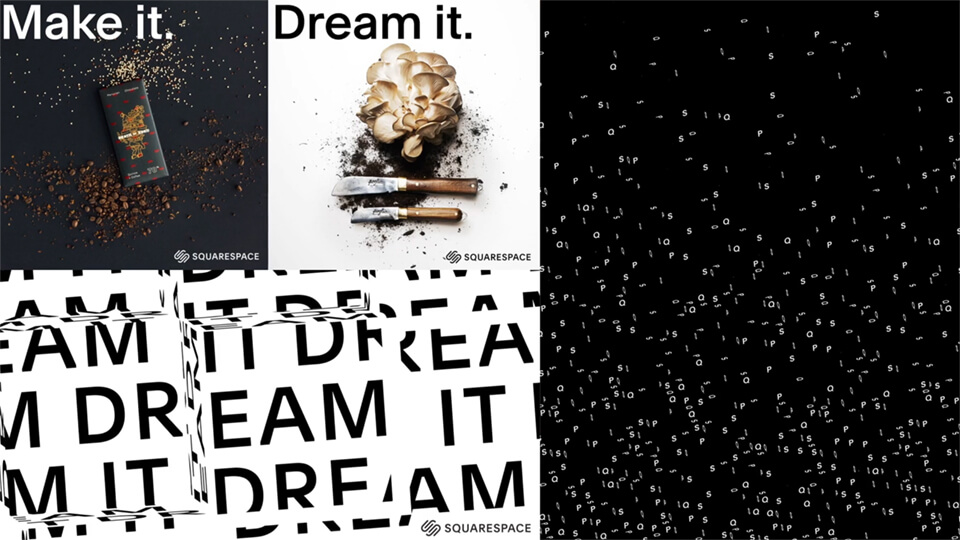 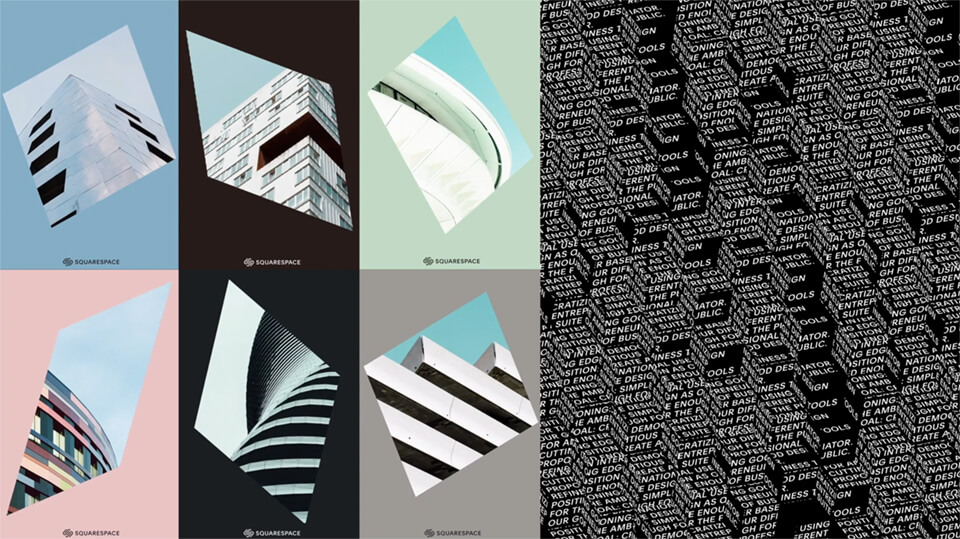 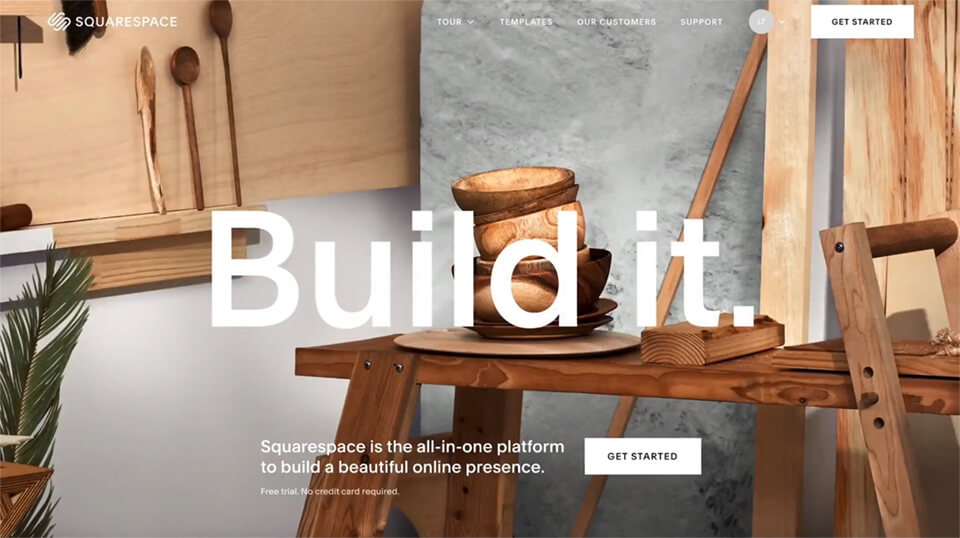 Nearly a decade after its launch, Dropbox created a new brand identity, complete with a cleaner, simpler logotype, eye-catching icons, colors and animations, and bold illustrations that embody the brand’s inventiveness at every touchpoint. Dropbox updated its typography to Sharp Grotesk, giving it much more versatility and allowing the brand to speak in a broader variety of tones. The rich, new identity system allows Dropbox to select the right amount of expressiveness for any situation. It can be simple and familiar or exciting and surprising as it needs to be. Color, for example, can go from a standard, well-behaved Dropbox blue to “whoa.” Same for type, photography, and illustration. 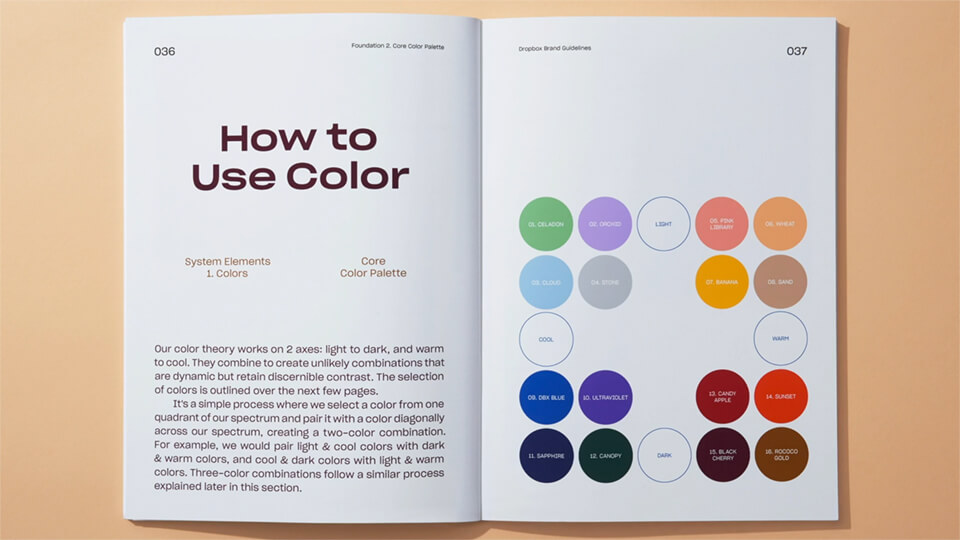 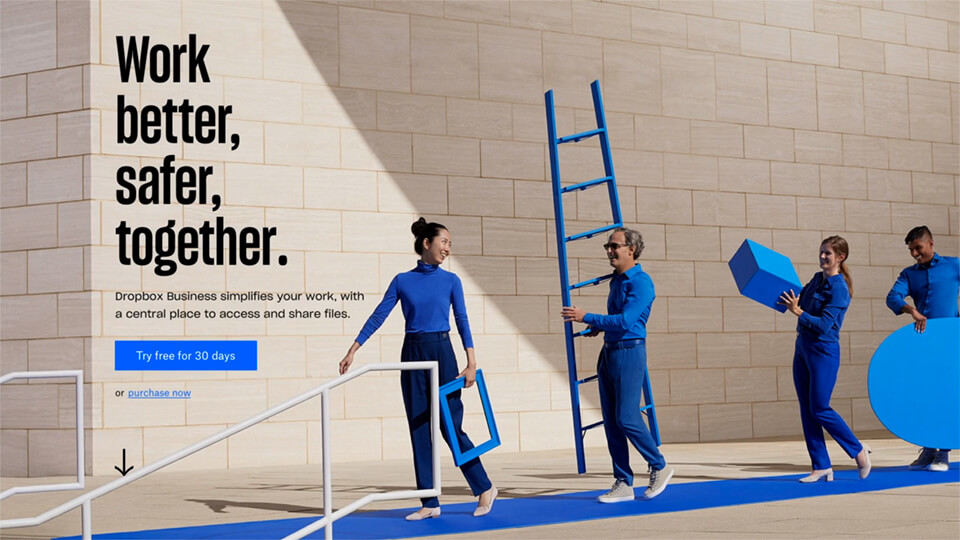 Perhaps the anchor of Ogilvy’s re-founding is the affirmation of its mission: Make Brands Matter. Along with this idea comes a new logotype, font, color scheme, website, employee and customer videos and expressions for digital platforms. This accompanied a new organizational design for the agency. Ogilvy  evolved its identity, which shaped the brand for the future while hewing to the principle that made it stand out in the first place: the ability to embrace and help drive change.It is Ogilvy’s renewed emphasis on craft that earns it the recognition as a Type Champion. At a time when the advertising industry is experiencing accelerated change, Ogilvy has succeeded in clarifying who they are and what they stand for. 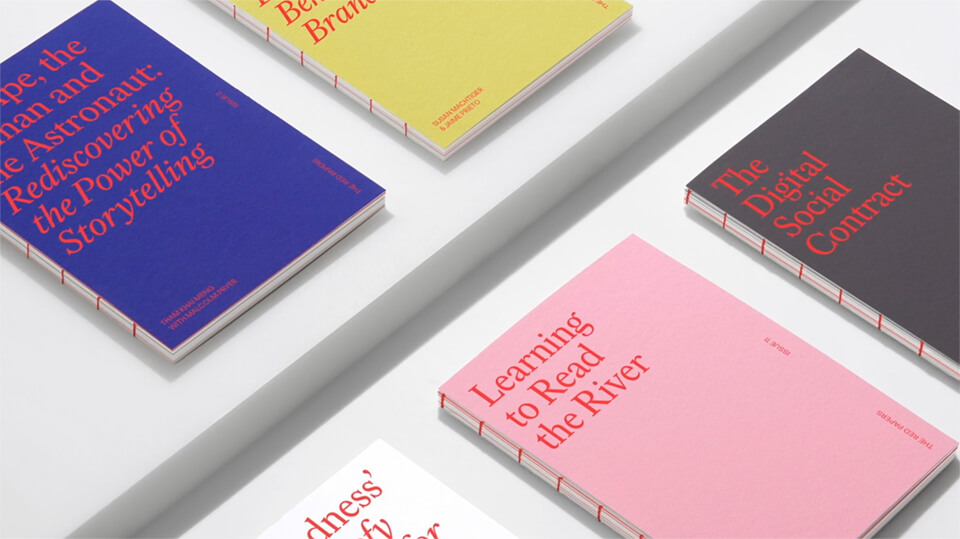 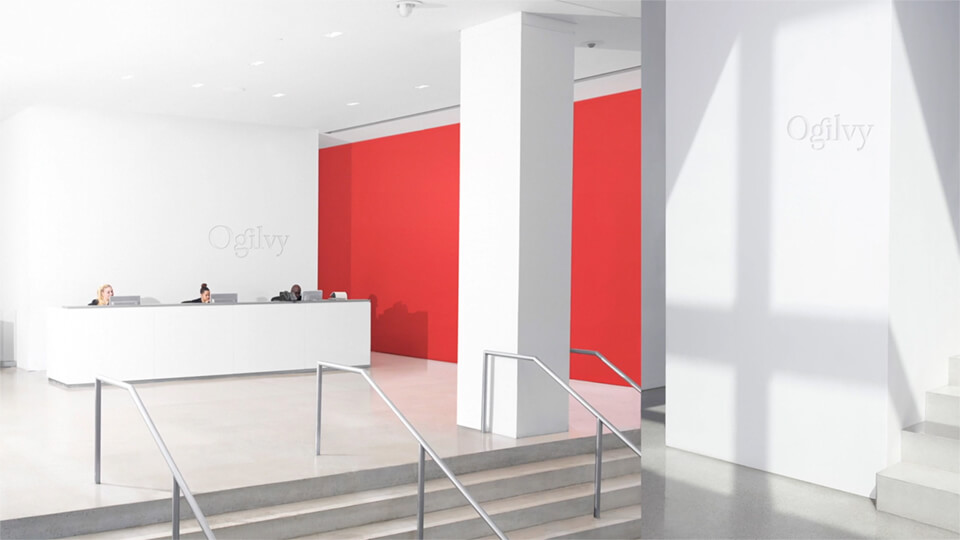 Through a process of cultural immersion, Mailchimp identified why the company had amassed a cult following with its audience: it personified the notion that growing older does not necessarily mean growing up; you can level-up your business, without erasing your peculiarities. These are the guiding principles that led the redesign—from the new logo and wordmark (that elevates their beloved mascot Freddie) to a new typeface, colors, and unique, surreal imagery. The resulting design system is consistent and grounded, yet playful and expressive. Today, Mailchimp has retained all the “weird, loveable” characteristics that endeared its earliest customers, while creating intentional space for the brand to grow. The visual identity and use of typography stand out in a sea of lookalike tech-driven brands. 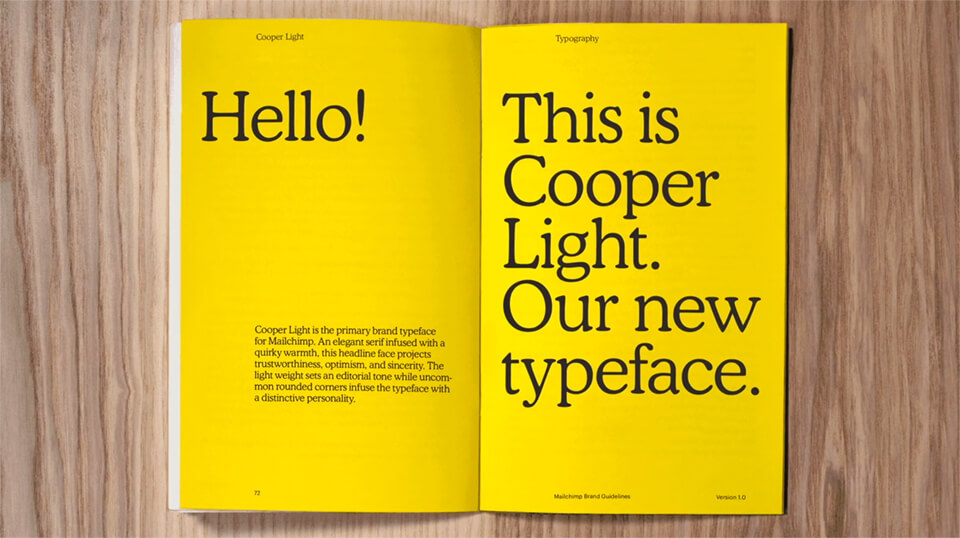 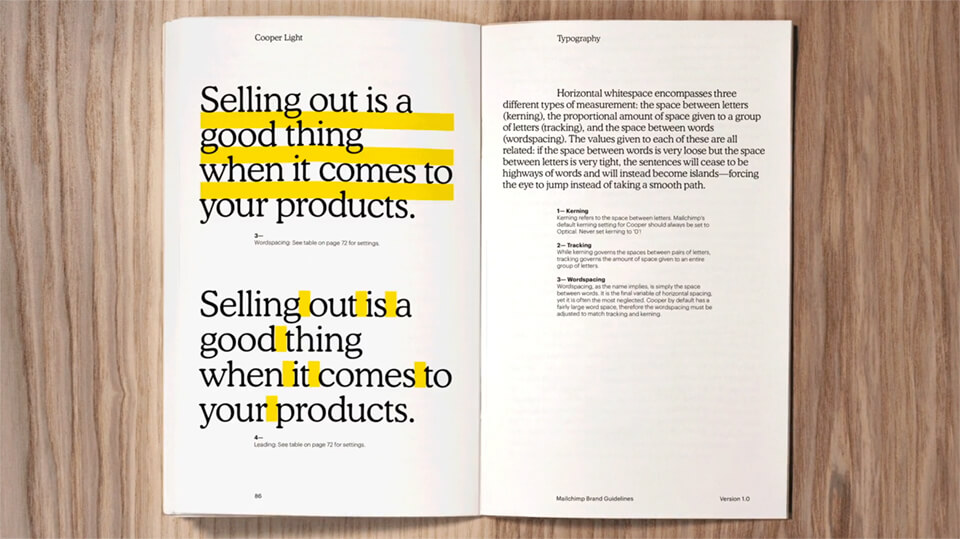 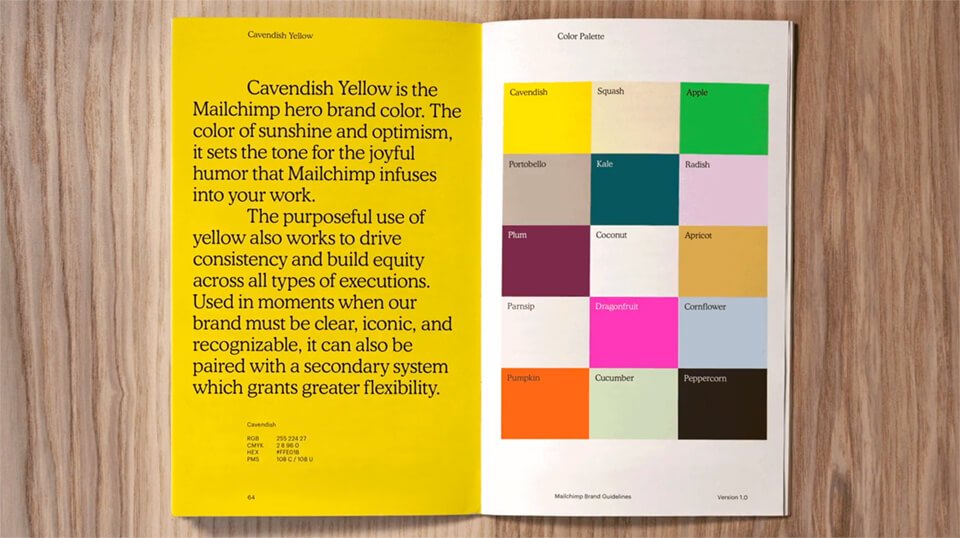 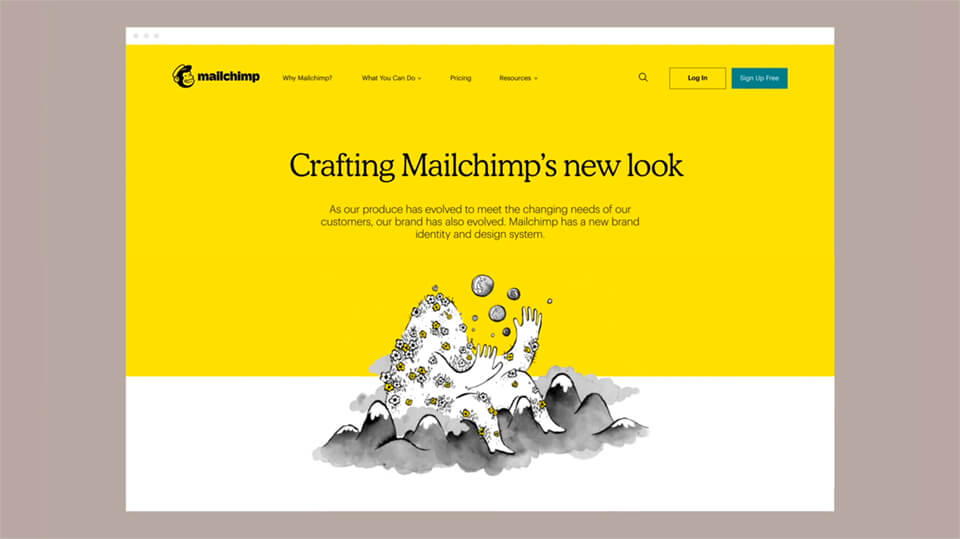 Juventus, one of the world’s best-known football clubs, hoped to extend its brand equity beyond Italy to become an icon for a wider audience. In partnership with Interbrand, Juventus achieved this through a series of curated, premium lifestyle experiences that captured the hearts and imaginations of new and existing fans. Launched in 2017, the new Juventus identity took the industry by storm. It transformed football into more than just a game, but a platform for innovation and experiences for football fans, as well as entertainment enthusiasts. Comprised of a new logo that is both iconic and universal, along with a custom typeface called Juventus Fans, the refreshed branding left the club’s defining black and white strips untouched. It is bold yet flexible—thoughtfully designed to perform across digital, social and retail experiences. To quote Brand New, and affirm the Committee’s selection, “Juventus’s move is unprecedented—to become recognized for more than their performance on the field, but as a universal symbol for perseverance, ambition, and premium Italian style.” 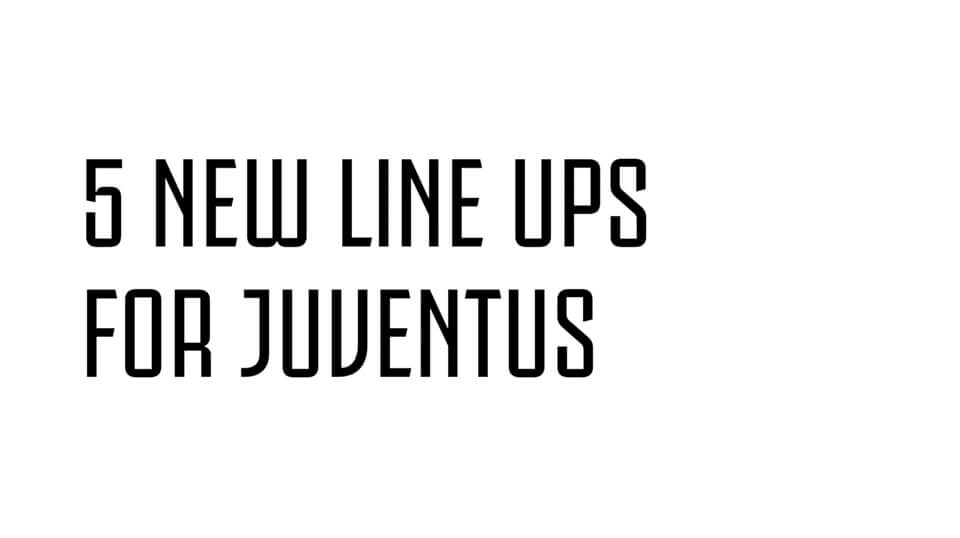 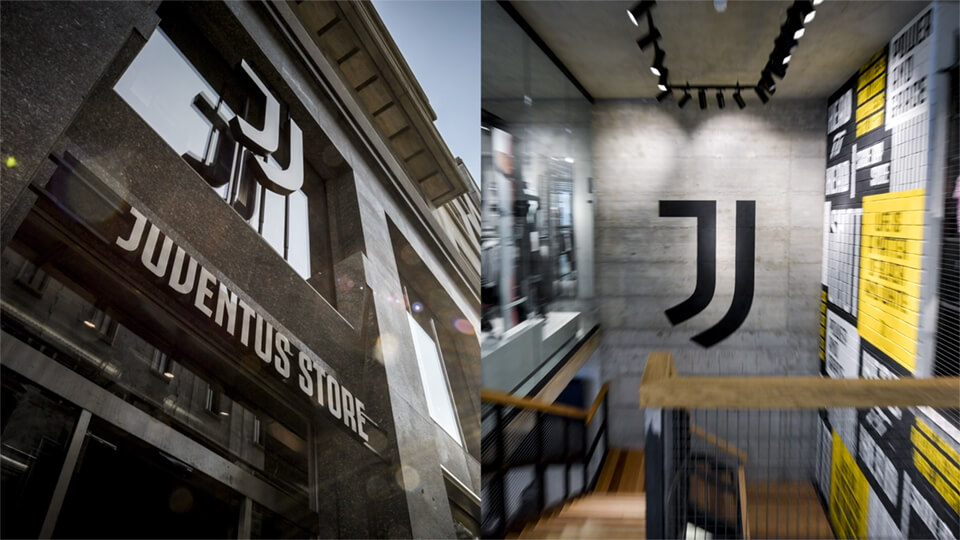 The Guardian has a legacy of upsetting the status quo—reinventing itself to stay current, without sacrificing the visual wit and style that have become its mainstays. The brand made history again in 2018 when it was printed in tabloid format for the first time. The 2018 redesign was introduced across print, mobile, apps and desktop, and was punctuated with a new masthead and pull-out section dedicated to op-eds. Perhaps most notably, The Guardian unveiled a bespoke typeface in collaboration with Commercial Type, Guardian Headline, which is simple, impactful and easier to read. An impressive poster campaign generated mass exposure for the effort, running on four sheet posters, large format billboards and takeovers across multiple cities. Type continues to play a prominent role, as demonstrated in the recent “Hope is Power” campaign executed with Uncommon London. 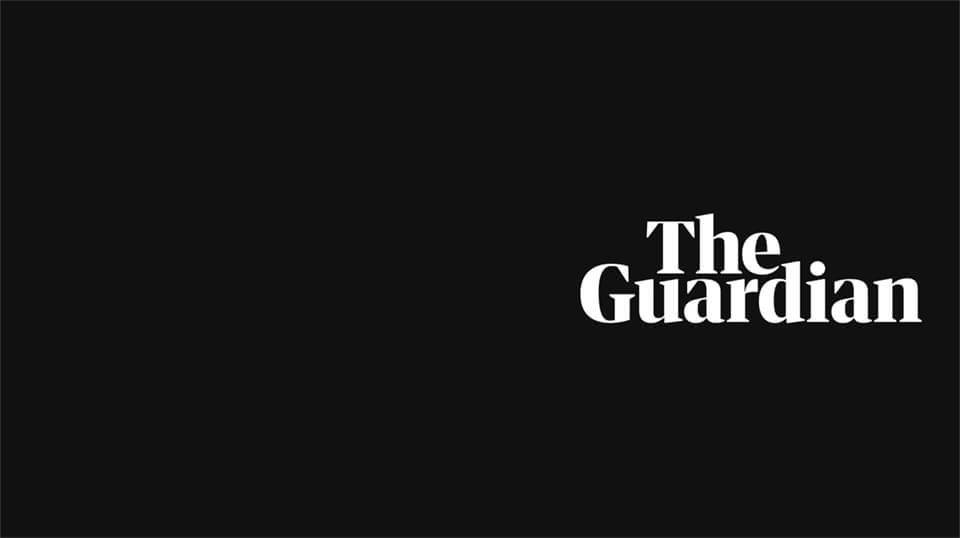 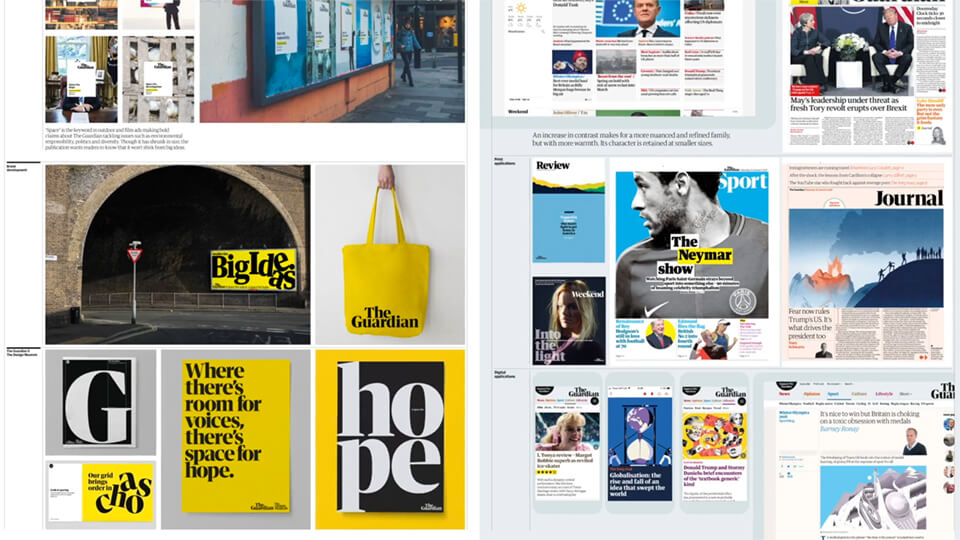 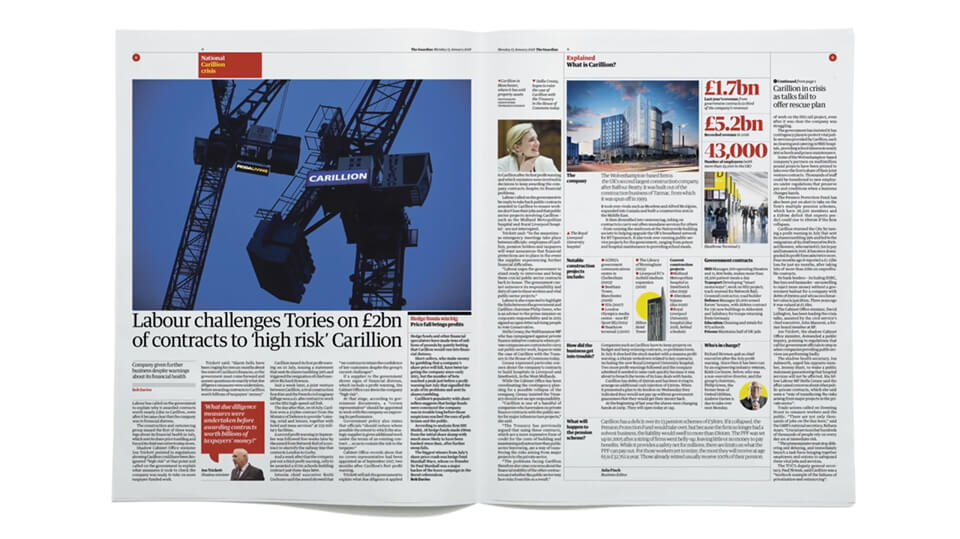 Since its founding in 1919, The New School has redrawn and redefined the boundaries of intellectual and creative thought as a preeminent academic center. A century later, The New School is the only university that has a world-renowned design school—Parsons School of Design—alongside strong social sciences, the humanities, and performing arts. Building on its progressive identity, The New School launched a new visual identity in 2015 to reflect its orientation as a university that is continuously evolving and where design drives a human-centered approach to addressing contemporary issues.

The resulting refresh is grounded in a technologically-sophisticated typeface: Neue. Named for The New School, Neue is a customized version of the font Irma that uses an algorithm to scramble the letterforms’ widths. According to Fast Company, “This means that each distinct school’s name has a striking, individual typographic flavor…but they’re still printed in the same typeface.”A refined logo is underscored by two bold bars that, when combined with Neue, create a cohesive language for the university, without compromising its hallmark creativity. The rebrand reaffirmed the school’s design-inspired approach, while modernizing it for the 21st Century, and earning a top-spot with Type Champions. 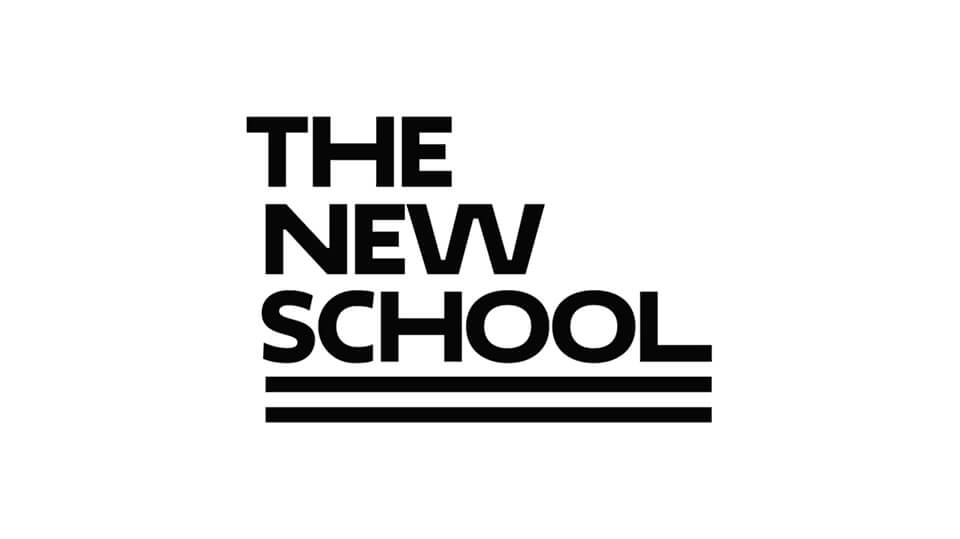 Pics and descriptions courtesy Monotype.
You can view the Type Champion Awards in all their glory here.