Following example after example of city and municipal rebrands around the world copping rate payer vitriol, The City of Pocatello decided to get on the front foot with a project and design rationale for their rebrand.

City spokesman; Logan McDougall Announced that funding had been approved for a budget of US$90,000 to update the logo , stating “the city will have the flexibility to pick the consultant that best fits its needs rather than having to go with the low bidder”. McDougall said “the city will provide the chosen consultant with its recently developed mission and vision statements to guide drafting of an appropriate tagline. The city hopes to have the work finalized by the end of next February”. The existing city logo has been in place for more than 25 years. It’s a line drawing featuring the city’s name with the Pocatello skyline and foothills in the background. McDougall said “some individual departments have also devised their own logos. We need a consistent logo and a consistent look across all of the city departments,” McDougall said. “The logo creates a foundation that a brand is built on.”

Whilst this approach is an improvement on previous case studies we’ve written about where City rate payers first hear about the rebrand at its launch, comments online show that the approach has still fallen short of winning over the City’s residents.

As we’ve discussed previously, branding isn’t a popularity contest, but getting all stakeholders onside can be critical to a successful outcome. Whilst we applaud Pocatello’s approach to beginning the rebranding conversation early, they have missed a critical part of the communication; that is – why would the rate payers see the exercise as good governance?

Every brand needs to have a differentiated value proposition. This holds true for for re-branding and the missing piece for Pocatello is ‘Value’. Rate payers understand that unless we spend on roads, or libraries, or park maintenance, those civic assets will fall into disrepair. But what they don’t necessarily understand is that by ensuring a City’s image (of which the branding sits at the center) is also kept in pristine condition, the reputation of the City can also fall into disrepair. Civic branding is a critical element for attracting businesses as employers and as service providers to a community. So-to are many of the elements of branding important for Cities to attract residents leading to increase in house prices and personal wealth. The health, vitality and prosperity of a City can all be positively influenced by a strong brand. Beyond the benefits to rate payers that flow from well executed branding, it requires a very modest increase in Council revenues as a result of the rebrand to cover the cost of the investment.

Whilst many Cities and their residents shy away from updating their brand identity, the opportunity presents itself to more forward thinking municipalities to get on the front foot, clearly communicate the benefits to stakeholders and take advantage of those Cities who choose to stay with the outdated status quo. 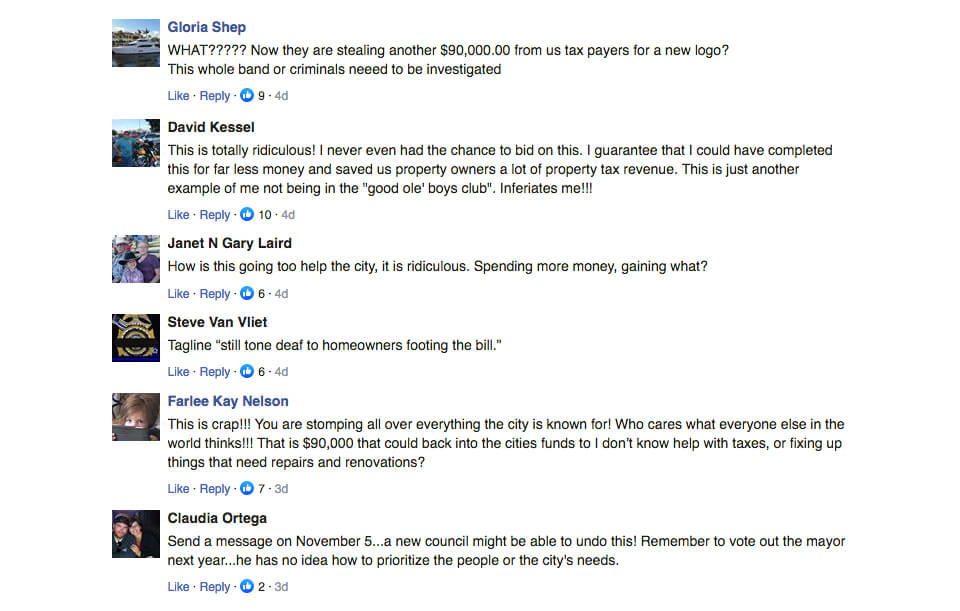